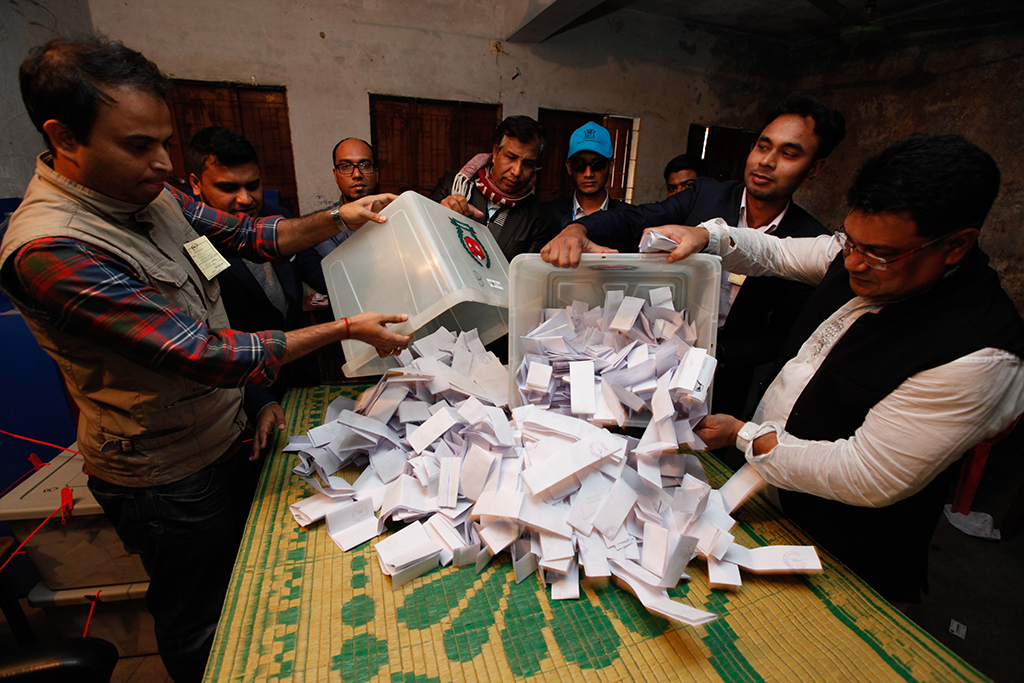 The counting began as voting in elections to 107 upazila parishads ended on Sunday amid allegations of vote rigging and irregularities.

The voting of the fourth  phase of the local body polls began at 8:00am and ended at 4:00pm.

Meanwhile, the Election Commission suspended voting at all centres in Titas upazila of Cumilla following allegations of huge irregularities.

The Election Commission announced polls schedule for 122 upazilas but all candidates in a number of upazilas have already been elected uncontested. These upazilas do not require balloting. Polls to some other upazilas were postponed on various grounds.

A security team comprising of 14-16 members drawn from police, Ansar and VDP were engaged in each polling station.

The first three phases of the upazila elections were held on March 10, 18 and 24 last.