Safest city in the World: Singapore 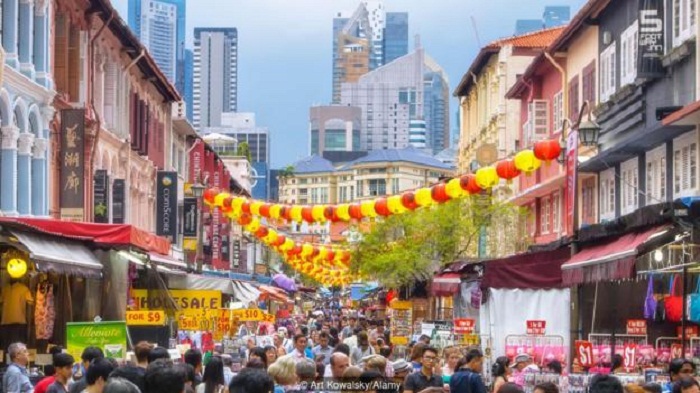 Though Singapore celebrated its 50th year of independence in 2015, the country has wasted no time organising its next tribute.

The Singapore Bicentennial, which is being recognised at events, exhibits and festivals throughout 2019, commemorates the 200th anniversary of the arrival of Sir Stamford Raffles, who established Singapore as a trading post for the British East India Company.

Unlike the celebrations surrounding the SG50, however, the Bicentennial is being marked as a time of commemoration. British colonisation of the island nation has long been a contentious issue, and many locals are unhappy that the date is being marked at all.

However, the Bicentennial Office says it’s aiming to provide citizens with an opportunity to reflect on a colonial past that stretches even further back – 700 years in total – and on the values that have shaped the modern-day nation.

Those values – openness, multiculturalism and self-determination, as named by the Bicentennial Office – are exactly what many residents love about living here. “Singapore is a country with an identity of its own.

Diversity in ethnicity and religion meld seamlessly in social interaction and in the food and landmarks,” said Singaporean LG Han, who is chef-owner at Michelin-starred Labyrinth. “In spite of this diversity, Singaporeans all share a commonality and trait in the way we speak, the values we share and acceptance of people from all walks of life.”

Despite Singapore’s cultural diversity, the country remains in an evolving conversation around sexuality. Singapore still recognises a rule inherited from British colonial rule banning gay sex, though it has frequently been challenged in court – with new trial proceedings to begin in 2019 after India abolished a similar colonial rule, according to The New York Times.

Same-sex relationships are not legally recognised in Singapore, nor can a same-sex couple legally adopt a child, but activists continue to bring awareness and change during events like the annual Pink Dot rally, named after the mixing of the red and white colours of the Singapore flag and the push toward inclusivity for all.

Why do people love it?

The mix of cultures here allows newcomers, especially Westerners, to adjust quickly. “It's a great gateway to Asia, both physically, as a fantastic hub for other travel spots in the region like Bali and Boracay, but also culturally,” said American Alexandra Feig, who has lived in Singapore for three years and writes the travel blog A Maiden Voyager.

“Singapore has deep ties to the West, with a lot of British influence in particular. Walking around the town you will see Buddhist temples next to more British-style shophouses, and in local hawker centres you'll have stalls serving [Hainanese] chicken rice next to nasi goreng [Indonesian-style fried rice] and Western cuisine like hamburgers.”

Don’t make the mistake of confusing hawker-centre fare for just any street food, though, warns Canadian Jordan Bishop, who lives part time in Singapore and is the editor of How I Travel. “Two of Singapore's food stalls now have Michelin stars,” he said. Those stalls, Liao Fan Hong Kong Soya Sauce Chicken Rice and Noodle and Hill Street Tai Hwa Pork Noodle, were the first of their kind to be recognised with the honour in 2016.

The multiculturalism doesn’t stop at the food. Locals even have their own lingo that reflects this melting pot. Though not recognised by the government (which recently even actively discouraged its use), Singlish – a creole mix of English, Mandarin, Hokkien, Cantonese, Malay and Tamil – is commonly used in social situations like ordering coffee or gossiping with friends.

All in all, Singapore shines best when residents make the extra effort to venture outside the sometimes-homogenous urban centre, where malls and identical apartments can seem to stretch on for miles in the larger residential neighborhoods and commercial streets.

“There's a lot of urban diversity if you go looking for it,” Burnham said. “Hidden amid pockets of 21st-Century development, the outskirts of Singapore reveal acres of farmland, crumbling cemeteries, fishing villages and colonial outposts.”