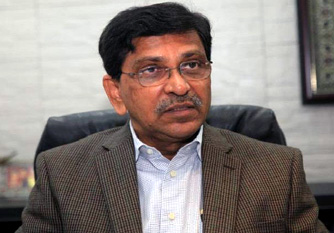 Awami League Joint General Secretary Mahabub-Ul-Alam Hanif on Sunday said stern action would be taken if any failure or involvement of anyone is found in capital’s fire incidents.

“People are confused whether the two fire incidents -Banani and Gulshan –are sabotage or not . . . Investigation is going on of these fire incidents,” he told a press briefing after the AL-secretariat-level at the AL President Sheikh Hasina’s political office at Dhanmondi on Sunday afternoon.

Hanif, also acting general secretary, heavily came down on BNP for its recent remarks on the development of fire service and said, “Getting no political issue, the BNP leaders are spreading falsehood against the fire service.”

Referring to the tremendous development of the fire service and civil defence, he added: “What the present government did in the last 10 years, it was not done even in the last 40 years.”

“Besides, a toll-free national emergency helpline 999 has been launched for immediate needs in case of any accident, crime, fire or ambulance,” he added.

Replying to a query about the upcoming council of ruling AL, Hanif said as the tenure of incumbent executive committee will end October next, a decision has already been taken to hold the party’s national council within the stipulated timeframe.

In replying to the demand for reelection of Gano Forum leader Dr Kamal Hossain for Jatiya Sangsad polls, he said they have to wait for next five years and the Election Commission (EC) will take decision in this connection.