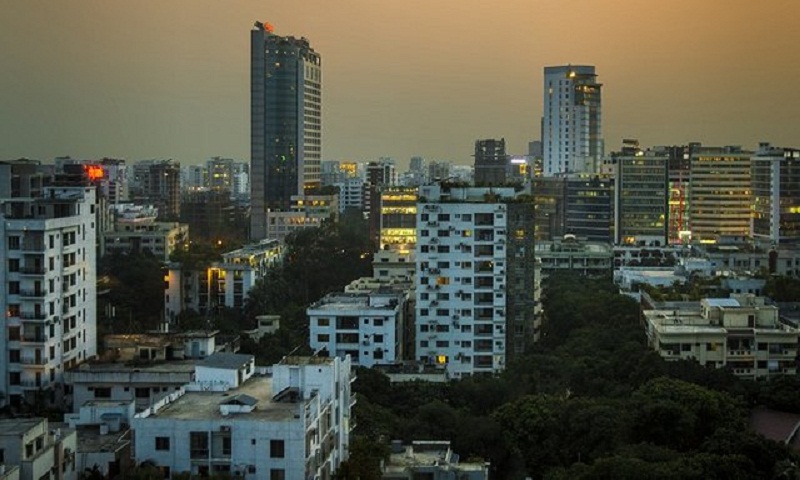 Most of the establishments in the capital, including shopping malls, educational institutions and hospitals, where a large number of people gather every day lack necessary fire safety measures, posing risk of deadly accidents.

City dwellers fear that the establishments devoid of the safety measures may turn into death traps if any fire breaks there.

The Fire Protection Act 2003 requires all buildings, be it commercial or residential, to have sufficient firefighting equipment.

But most of the buildings do not have enough safety equipment, emergency exits and sufficient spaces between adjacent buildings to fight fire.

Many are worried about the inadequate fire safety measures in commercial high-rises and other establishments.

Panic spread after 26 people were killed in a devastating fire at FR Tower in Banani area of the capital on Thursday. The high-rise has no fire exits.

Another fire broke out in a Gulshan market of the capital a day after the Banani tragedy that stunned the people.

While conducting a survey of 3,786 establishments in 2017, the FSCD found that 1069 had no fire safety measures (extremely risky) and 2,588 had some fire-safety measures (risky). Only 129 were identified as satisfactory.

Then, the FSCD sent letters to the risky establishments, asking the owners to strengthen the fire-fighting system within a month, but no company did it.

At the year-end, the FSCD conducted another survey of 3734 establishments here and found 1066 establishments extremely risky, 2583 risky and only 85 satisfactory.

After the survey, the FSCD are now sending final notice to those establishments for strengthening their fire-fighting systems.

In the final survey, the FSCD inspected 1,305 private and state-run malls, supermarkets and kitchen markets and found 622 extremely risky and 678 risky.

They visited a total of 423 hospitals and clinics across the capital. Of them, 311 were risky while 105 extremely risky.

A total of 576 banks were inspected and only 50 banks found satisfactory in fire safety measure while three banks were extremely risky and 523 were risky.

The FSCD directorate has repeatedly sent letters and notices to strengthen the fire-fighting system, but the authorities concerned are indifferent to it.

These buildings met with the about 80 percent of the fire incidents in the capital, according to the FSCD headquarters.

According to the Bangladesh National Building Codes (BNBC), a building having six storeys is a high-rise.

The owners must follow fire safety rules and install fire-fighting equipment. Before completing the construction work, they should take an approval from the fire service.

Khurshid Anwar, a senior station officer at the fire service and civil defence, said before constructing more than six storeys of a building, NOC (no objection certificate) is mandatory.

According to the FSCD, some building owners did not implement the requirements although they managed the NOC before construction.

On the other hand, some of the owners did not care about the fire department certificates while building their structures.

Architect and urban planner Iqbal Habib told the Daily Sun: “Fire safety issue was not mandatory till 2008. So, many buildings constructed before 2008 may not have fire safety measures.”

“They must have to comply with the fire safety rules soon after the rules were implemented.”

“Fire safety measures in those buildings can be ensured and strengthened through corrective measures,” he added.

He also said: “Most of the buildings have been constructed, flouting building codes, and there is none to oversee it.

“After any incident we have seen that the authorities concerned such as RAJUK and the Fire Service and Civil Defence tried to justify that they have issued notice earlier.”

He also said: “There should be a certification system from the authorities concerned after checking the compliance of fire safety.”

RAJUK Chairman Abdur Rahman said, “Every building built under the building construction rules 1996 will be verified within 15 days. The fire safety issued will be seen seriously.”