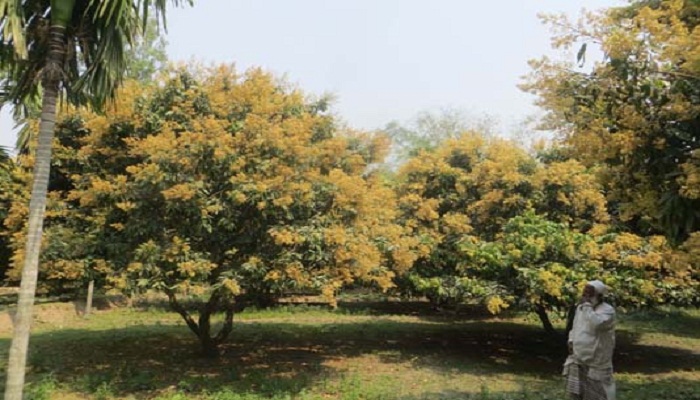 Plentiful flowering of the trees this year is indicating a bumper litchi yield in the Panchagarh district.

A good number of farmers said they expect that litchi production would be high this year than that of the previous years. We just expect a favorable weather till the harvest, they said.

The Department of Agriculture Extension (DAE) sources said over 1200 hectares of land have been brought under the litchi orchard this season.

There are around 500 orchards in the area, officials said adding that China- 2, 3, 4 are most popular varieties.

Akter Master of Sabujpara village under Debiganj upazila of Panchagarh district said he is growing litchi in a three-bigha orchard. Excellent flowering in my trees has raised my hope of getting a good yield, he said.

Trader Abdul Malek of Debiduba village in Debiganj upazila said, he has purchased a litchi orchard in his village at the cost of Taka one lakh. If weather and market prices remain favourable, he expects to make Taka 50,000 profit.

Panchagarh DAE official Abdul Bari said they are monitoring the litchi orchards in the district regularly and giving the farmers necessary advises for commercial farming of different litchi varieties.