He should have done it long ago: Sonakshi on father Shatrughan leaving BJP 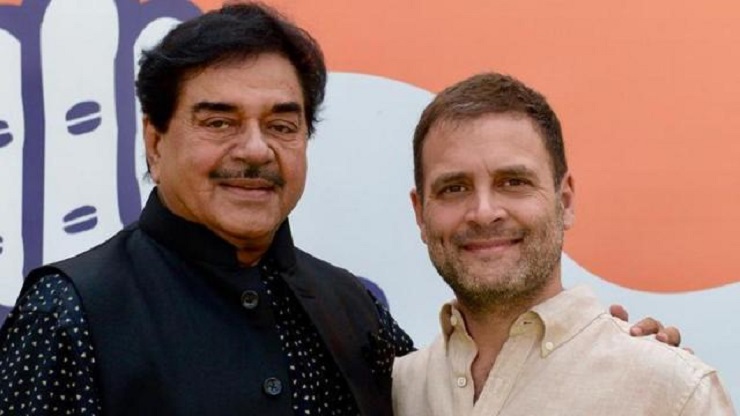 Mr Sinha, who has been a vocal critic of the BJP since he was denied a cabinet post in 2014, has questioned the ruling party over decisions such as demonetisation, air strikes in Pakistan's Balakot in February and denial of party ticket to veteran leader LK Advani from Gujarat's Gandhinagar for national elections.

"Now I am leaving BJP because dictatorship is going on there. So, I have decided to join Congress party for the nation's sake," he said on Thursday as he left the party. He will most likely represent the opposition's grand alliance from Patna Sahib. He has been elected twice as the member of parliament - in 2004 and 2009 - from the Lok Sabha seat.

“Mohabbat karne wale kam na honge, teri mehfil mein lekin ham na honge (you may perhaps have no dearth of admirers, but I would not be among them),” the Patna Sahib MP had tweeted.

"It's his decision (to join the Congress)," Sonakshi told the reporters while speaking at HT India's Most Stylish 2019 awards. "Being a party member from the beginning from the time of JP Narayan ji, Atal ji and Advani ji, my father has a lot of respect within the party and I feel the entire group has not been given the respect they deserve. I think he has done it a bit too late, and he should've done it long back," Sonakshi Sinha was quoted as saying by the news agency ANI.

"I think if you are not happy with how things are going on around you, you should not shy away from change. That's what he did," Ms Sinha was quoted as saying by news agency ANI.

His exit from the party came days after Union Minister Ravi Shankar Prasad was declared as the party's candidate from Bihar's Patna Sahib, Mr Sinha's constituency of 10 years.