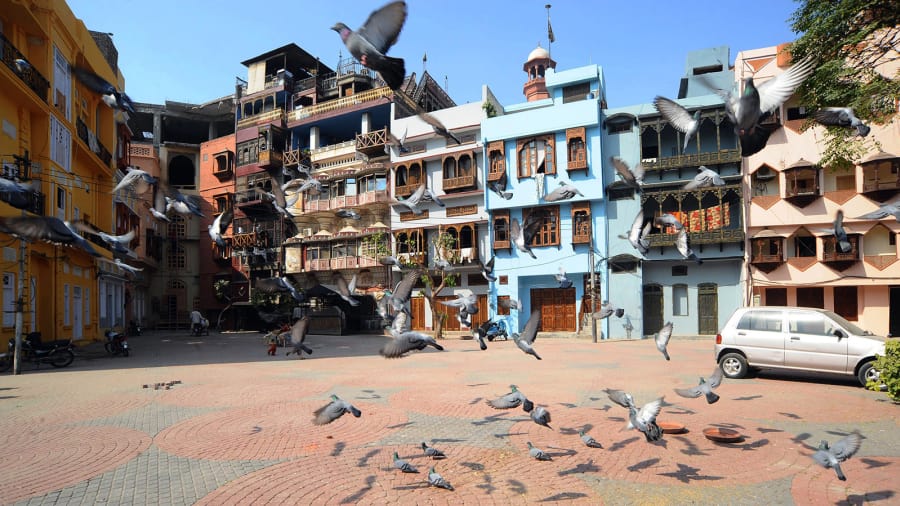 The Pakistani city of Lahore is one of the Indian subcontinent's most brilliant gems, yet it remains relatively obscure outside the country -- an unexpected pleasure for travelers.

With Pakistan enjoying improved security, visitors are starting to rediscover the city's treasures.

"Pakistan finally seems to be emerging from the shadows, back onto the tourist map," says Jonny Bealby, founder of Wild Frontiers, a tour operator based in the UK and US that has been running trips to Pakistan for 20 years.

"And Lahore is a major player in this transformation," he adds. "As one of the most historically rich, and culturally important cities on the whole of the subcontinent -- yet without the curse of mass tourism -- it represents one of the most exciting and vibrant travel destinations in the region."

Lahore has a grand history. By the 17th century it was famed as one of the world's most populous and cultured cities. Its overlords, the Mughals -- a Turkic dynasty from Central Asia that established its rule on the Indian subcontinent in 1526 -- were a byword for power and opulence.

That golden age blessed Lahore with more Mughal architectural masterpieces than either Delhi or Agra. Today, the city is Pakistan's main bastion of history, culture and cuisine.

Lahore is the capital of the central-eastern province of Punjab. It lies near the crumbling mud banks of the Ravi River, 15 miles from Wagah, the border crossing with India, where turbaned guards from both countries take part in a daily foot-stomping ritual.

Akbar the Great built the fort in 1575 to quell rebellions on his empire's northwest frontier, making Lahore his capital a decade later.

As you walk through the fort's honeycomb of intricately carved arches, sandstone pavilions and palaces, you'll be surrounded by the architectural style born in Akbar's reign. It became the hallmark of Mughal culture -- a fusion of Hindu and Islamic traditions, which reached its zenith in the Taj Mahal.

Akbar's son, Jehangir, and grandson, Shah Jahan, lavishly developed his architectural idiom, adding palaces, towers and gardens to the fort's 20 hectares. Their contributions have made the fort a trove of some of the Mughal world's most outstanding designs.

See the angels and djinns on the tiles of the former's Lal Burj (Red Tower), and the latter's marble Moti Masjid (Pearl Mosque) and Shish Mahal (Palace of Mirrors), with its brilliant gilt work, pietra dura and carved marble lattice screens.

After dawdling among them, and stopping in the fort's museum (which includes an excellent collection of Sikh artifacts and paintings), march down the steps of the mammoth Elephant Path and wander along below the camels, flowers and dragons depicted in the tile mosaics of Jehangir's extraordinary Painted Wall.

To get to the city's heart, go just before dusk to the shrine of the 11th-century mystic Data Ganjbaksh ('Lavish Giver'), not far from the museum and the Old City.

The saint lies under a raised, plastered mound in the shadow of a tall headstone. His tomb is usually draped with brocade and embroidered shrouds, overlain with strings of pearls and yellow and red petals.

Data sahib, or more formally Abul Hasan Ali ibn Uthman al-Jullabi al-Hujwiri al Ghaznawi, was one of the earliest of the Sufimystics who contributed to the spread of Islam on the Indian Subcontinent.

Emperor Akbar, who embraced a medley of rituals and beliefs from different religions, built the shrine's original compound. Other rulers have since cashed in on the saint's popularity by embellishing it with minarets.

But the spirit of the saint prevails. Here, you can experience up close the jostling and joyful celebration of Pakistan's most popular Muslim traditions.

If you have time before leaving Lahore, you might reach two more Mughal wonders: the spectacular Shalimar Gardens and Tomb of Jehangir, where locals play cricket and badminton, seemingly oblivious to the mausoleum's magnificence.

Pakistan's most iconic building, the massive pink-red Badshahi Mosque, is a cannon shot away from the fort.

To enter it, climb the high steps up to a grand vaulted gatehouse, which leads into a vast arcaded courtyard, built to accommodate 60,000 worshippers.

Surrounded by merlon-capped walls embellished with stone carvings and marble inlay, the prayer hall lies across the courtyard floor under bulbous domes.

Emperor Aurangzeb built the mosque in 1674, to commemorate great victories in the south of his empire. According to another, less credible, local tradition, he built it to house a hair of the prophet Mohammed.

For centuries it was the world's largest mosque. Today, it's a monument to Mughal genius.

Its prayer hall is bright with elegantly restrained fresco work, stucco tracery and columns, which appear as vases containing decorative flowers in relief.

This radiance continues throughout the hall's domed chambers, which, divided by pointed arches, have extraordinary acoustics -- a large factor in the mosque's atmosphere of clarity.

Some of the city's later rulers didn't see the mosque in such glowing terms, however. Sikhs and British commanders used it for stables and storing munitions.