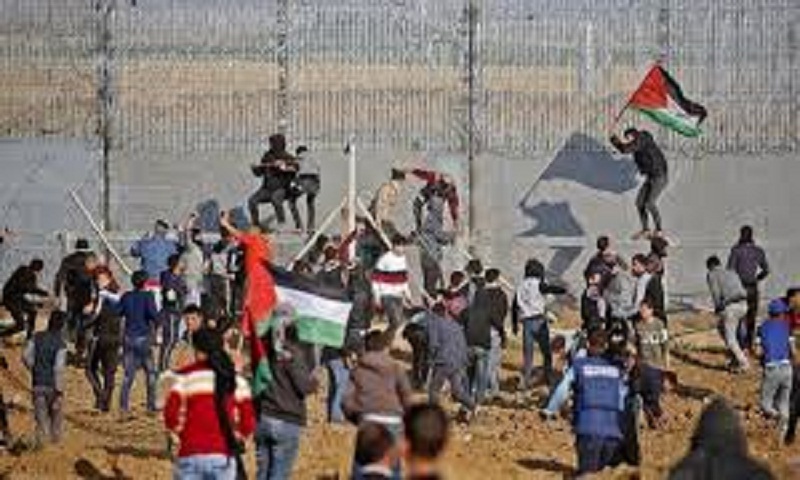 Gaza's Health Ministry says a Palestinian man was shot dead by Israeli forces near the perimeter fence with Israel, hours before an expected mass protest there.

The ministry said 21-year-old Mohammed Saad was shot early Saturday at a protest camp near the fence. The Israeli military had no immediate comment.

The fatal shooting came hours before Palestinians were to hold a large rally, capping a year of weekly marches against the Israeli-Egyptian blockade of Gaza, imposed after the 2007 takeover of the territory by Hamas.

Egypt has been trying to broker a cease-fire between Israel and Hamas. Palestinians with knowledge of the talks have said that as part of the proposed deal, Gaza protesters were to keep away from the fence Saturday and Israeli snipers were to hold their fire, report AP.