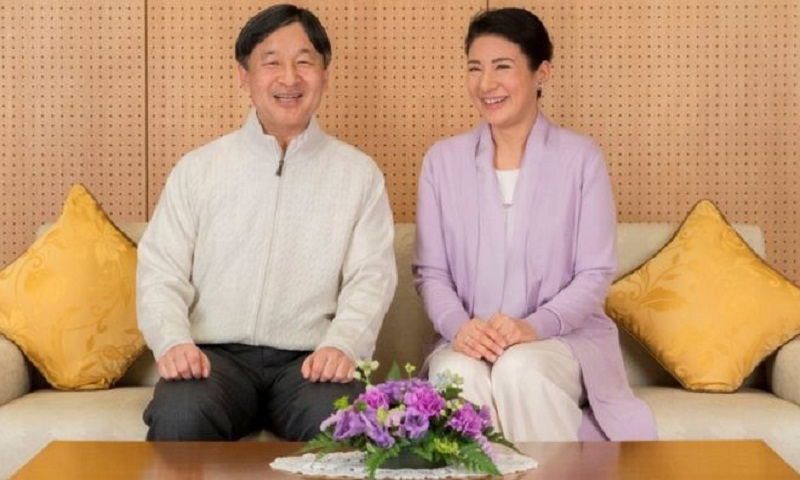 If you had to pick a word to define your country's future, what would it be?

That is the question facing officials in Japan, where a change of emperor is about to usher in a new era.

Every emperor's reign, or "gengo", has a name, which is used alongside the Western calendar to count years - so the choice is taken pretty seriously.

As millions of Japanese wait for the big announcement on 1 April, here's a guide to the secretive selection process.

What's the era name used for?

There's a practical answer, and a philosophical one.

The gengo name appears on coins, newspapers, driving licences and official paperwork as a way of marking time. But it also represents the spirit of a period - just as saying "the 90s" or "the Victorian era" conjures up the culture and events of those times.

Japan's emperor has no political power, but remains a highly symbolic figure.

The current monarch is 85-year-old Emperor Akihito, and his era is known as "Heisei". It started in 1989, so 2019 is Heisei 31. The name means "achieving peace" and was chosen mindfully, reflecting a desire for good relations at home and overseas.

The era before that was "Showa" ("enlightened harmony"), presided over by Japan's wartime emperor, Hirohito. Spanning 64 years, it encompassed both World War Two and Japan's post-conflict boom.

One rumoured possibility for the new name is "Ankyu" ("peaceful and permanent") - but the word is a closely guarded secret until its official unveiling. Senior officials have vowed to withdraw any choices leaked in media reports before the day itself.

The new name is expected to embody Japanese ideals and aspirations, while also being easy to read and write. It's a lot to ask of two small characters.

How is it chosen?

Japan's cabinet will pick the name from a shortlist drawn up by scholars, after experts have weighed in on which is best.

To guard against leaks, cabinet members will reportedly hand over their phones and smartwatches before meeting, and must stay in the decision-making room until the official proclamation is made.

Era names typically come from Chinese classical texts, and are usually only revealed when one emperor has died and another has taken the Chrysanthemum Throne.

Things are different this time because Emperor Akihito is abdicating in favour of his son, Crown Prince Naruhito - whose reign will start on 1 May.

Companies and government agencies whose computer systems use gengo have taken steps to "era-proof" themselves against Japan's personal version of the Millennium Bug, but it is hoped releasing the name a month early will smooth the transition.

According to news outlet Nikkei, the name-picking process has been rehearsed at least once a year for over 30 years, so officials are always primed for "The Day".

When the favoured name has been chosen, the cabinet will adopt an ordinance on it, and the current emperor will sign it off.

How many people use the gengo system?

Its use is said to be declining as Japan opens up to global influence.

A third of people mostly used the gengo system, compared to 82% in 1975, while 25% preferred the Western calendar, according to a recent survey in the Mainichi newspaper.

Since both calendars use Western months, many people simply use them alongside each other.

One man will be tied to the gengo model for the rest of his days and beyond, however: the outgoing emperor, Akihito.

At the end of their reigns, Japan's emperors are renamed after their eras. So Akihito can expect to be known as Emperor Heisei, just as his father, Hirohito, was posthumously named Emperor Showa.