I am walking on stars and clouds right now: Alia Bhatt 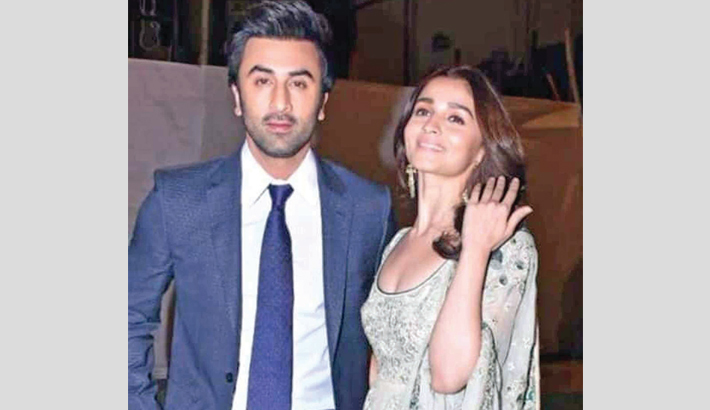 Actor Alia Bhatt has commented on her relationship with her Brahmastra co-star Ranbir Kapoor, and has said that she is ‘walking on stars and clouds right now’,reports Hindustan Times. The couple have been dating for close to a year.

Speaking to Filmfare, Alia said that she likes to think of her equation with Ranbir not as a ‘relationship’ but more as a ‘friendship’. She said, “It’s not a relationship. It’s a friendship. I’m saying this with all genuineness and honesty. It’s beautiful. I’m walking on stars and clouds right now. The best part is that we’re two individuals, who are living our own professional lives in its full form right now.”

She said that the reason they aren’t spotted together too often is because they are always busy with work. Describing what they have as a comfortable relationship, Alia said, ‘Nazar na lage (May we stay blessed)’.

Asked about Ranbir’s ‘troubled past’ and ‘difficult’ reputation, Alia retorted, “Aur main thodi kam hoon? (As if I’m a saint)’. She continued, “He’s not difficult. He’s a gem.”

Ranbir and Alia were recently seen together at the Filmfare awards, where they won the Best Actor award (Male and Female, respectively) for their performances in Sanju and Raazi. They were seen indulging in a bit of PDA at the function.

Alia’s mother, Soni Razdan was recently asked about her daughter’s relationship and was quoted by BollywoodLife.com as saying, “It’s her personal life. Ranbir is a lovely boy. I think whoever Alia has dated before or will date, (it) is her choice and her life. I’ll always support her but I don’t think I should discuss this you know. It’s not right on my part to discuss (her personal life) in public. As a mom, I’m just happy if she is happy.”

Both the actors’ fathers, Mahesh Bhatt and Rishi Kapoor, have given their approval to the relationship in the past.

The couple will be seen opposite each other for the first time on screen in December’s Brahmastra. Directed by Ayan Mukerji, the film is said to be the first in a planned fantasy trilogy that also stars Amitabh Bachchan and Mouni Roy. The actors and Ayan recently paid a visit to Prayagraj on the final day of the Kumbh Mela to unveil the film’s logo.