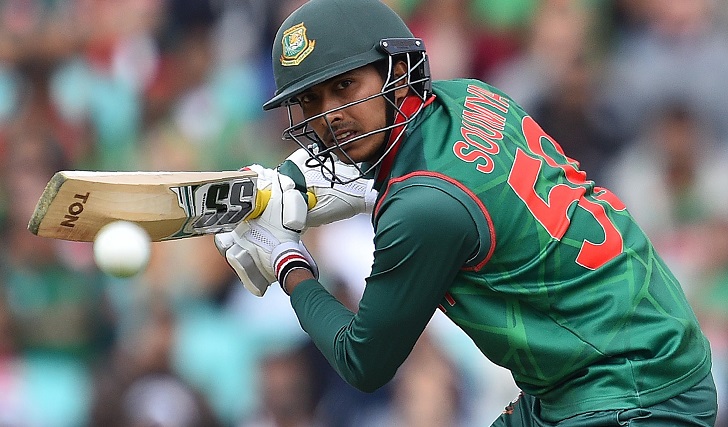 Proper planning is the way to go ahead, according to Soumya Sarkar as he eyes consistency in the 2019 World Cup. Sarkar, widely regarded as one of the most talented batsmen in the country, has not fulfilled his true potential yet according to many. But with the aggressive batsman known for his ability to handle the short ball, the Asian side will rely on him in England to make an impact in the global event.

Having recently fetched his spot back in the ODI team, the left-hander is well-known for not capitalising on the starts, registering plenty of scores in the 20s and 30s, which was the case in the 2015 World Cup. Sarkar now believes that he can overcome this hurdle via proper planning. ''Actually I was totally new in this arena (International) at that time," he pointed out. "If I get the opportunity this year, there will certainly be a good plan in place for the tournament.

''So it is very crucial to take preparation before matches. Moreover, it is important to make an effective plan during the match. In many matches I went out for 30 or 40. So I need to overcome this situation and plan accordingly. Probably I failed to manage, but I learned many things."

Having used to bat with freedom, Sarkar agrees that he needs to bat according to the situation of the game now in order to succeed. ''May be the plan will be different. I played freely as a junior cricketer at that time, but now I can't play like this and will feel pressure. However, I will try to execute my international experience after going there (World Cup),'' he said.

''I will try to keep my courage which I showed before in the World Cup or Champions Trophy. Definitely there is a plan. I have already said that I am trying to make a plan based on the situation of the game and doing better game plan. I've been thinking how my team will suffer if I throw my wicket away."

The 26-year-old has so far registered scores of 33, 36 and 43 in the DPL but is hopeful of batting for a longer duration in the upcoming games. ''I tried to execute the plans and my way of batting was right," he noted. I mostly got out to the good deliveries. It wasn't my day, but if I can continue batting like this, then I can comeback easily. I will try to bat longer in the rest of the matches of the domestic league. It is important to play according to the situation of the team."