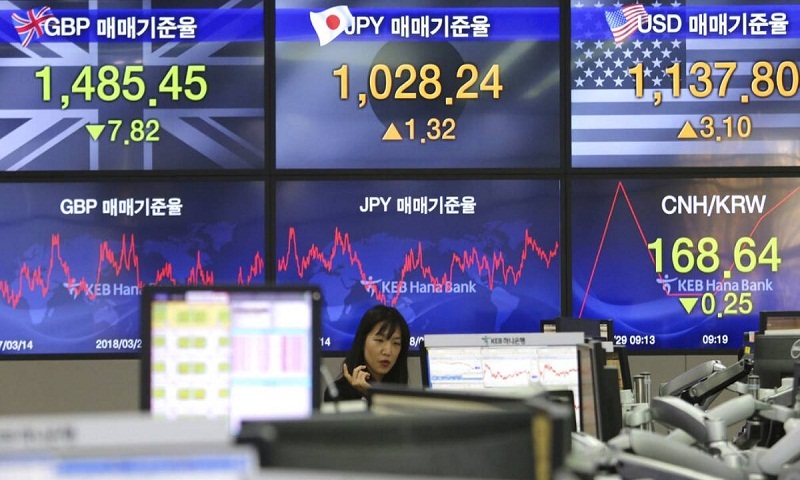 Asian markets were mostly higher on Friday as U.S. and Chinese officials kicked off a fresh round of trade talks in Beijing.

US negotiators, led by Trade Representative Robert Lighthizer and Treasury Secretary Steven Mnuchin, attended a working dinner Thursday night with Chinese Vice Premier Liu He, who is expected to travel to Washington next week.

The three of them posed for a photo at a government guesthouse before negotiations resumed on Friday but did not talk to reporters.

"Investor eyes will be glued to news feeds looking for any more details - rumored or true - emerging from the talks. This could cause some abrupt intra-day volatility across the markets," Jingyi Pan of IG said in a market commentary.

News about the talks was read as largely positive by the markets. At a speech in Washington on Thursday, White House economic adviser Larry Kudlow said the U.S. administration was prepared to continue trade negotiations with China for weeks or even months. This was taken as a sign of commitment to reaching a deal.

On Wall Street, traders shrugged off a discouraging announcement by the Commerce Department. It said U.S. economic growth had slowed sharply in the last three months of 2018 to an annual rate of just 2.2 percent, due to weakness in consumer spending, business investment, government spending and housing.

Energy: Benchmark U.S. crude added 35 cents to $59.65 per barrel in electronic trading on the New York Mercantile Exchange. It lost 11 cents to settle at $59.30 per barrel on Thursday. Brent crude, used to price international oils, edged up 37 cents to $67.47 per barrel. The contract shed 14 cents to $67.10 per barrel in London.