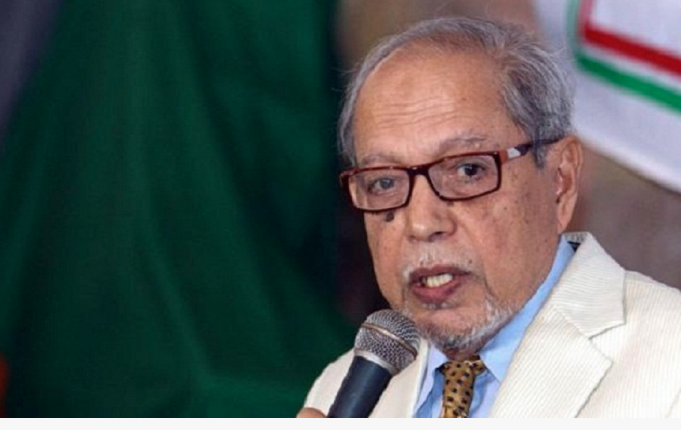 Speaking at a discussion, he also said the country will completely be free from corruption if politicians do not indulge it.

He also said a pro-people administration cannot be established with those who do not want to work, who indulge in corruption and consider themselves as the masters of people.

“There’s no pro-people administration in the country,” he added.

B Chowdhury, also a former president and chairman of Jukta Front, said people will not be able to enjoy the country’s independence until a people-friendly administration is established.

He said the country’s independence will be fruitful if Bangladesh becomes free from poverty, corruption and terrorism and people’s right and democracy are ensured.

“The rights of women and children and deprived people must be ensured. Bangladesh will be truly an independent country when our mothers and sisters will be able to work on the streets without any fear and they will not be violated and children will not be tortured.”

The Bikalpa Dhara president said those who come to power must take the responsibility of people. ”They must share weal and woe, ensure our rights and free us from deprivation.”

He also said it is very difficult to ensure a corruption free administration when politicians indulge in corruption.

Stating that democracy was the main spirit of the Liberation War, the Jukta Front chairman said democracy should be ensured so that people’s opinion are reflected, their freedom of expression are guaranteed and people can cast their votes. “Vote must be counted properly.”

B Chowdhury regretted that proper political values are yet to create in the minds of politicians.