San Diego seeks to ban homeless in vehicles near beaches 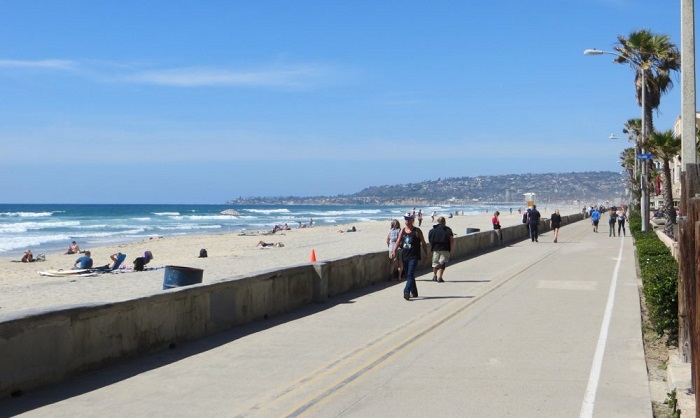 The mayor of San Diego is proposing a new law to ban the growing problem of homeless people living in vehicles near beaches.

The move announced Monday follows numerous complaints about public urination, trash and illegal activity since an ordinance that had been in place was repealed in February following a federal judge’s ruling that it was too vague, The San Diego Union-Tribune reported.

Mayor Kevin Faulconer said the city will double the number of so-called safe parking lots where people who live in vehicles can stay at night, and he will present the proposed law to the City Council’s Public Safety and Livable Neighborhoods Committee on April 17.

“If you are living out of your vehicle because you have nowhere else to go, we want to help you,” Faulconer told a press conference.

“At the same time, residents and businesses have a right to clean and safe neighborhoods,” he said.

Last summer, U.S. District Judge Anthony Battaglia issued an injunction against the old law in response to a lawsuit filed on behalf of homeless people who live in vehicles because they don’t do well in regular shelters, the newspaper said.

The judge said the law did not indicate specifically what turns a vehicle into a person’s home or “living quarters.”

The City Council then repealed the law in February.

Faulconer said the city attorney has been working on a new law that will be based on vehicle habitation ordinances in other cities. The goal is to hold people accountable for behavior that damages the city’s quality of life, not to criminalize homelessness, he said.

“I would support a new vehicle habitation law if the law respects that we have this raging crisis on our streets,” he said.

In addition to the homeless problem, the mayor also noted there are visitors who sleep in their vans, “using our neighborhoods as a vacation spot, or as stopping points as they travel from city to city.”

Brian White, president of a council that advocates for residents of the Pacific Beach area of San Diego, said that in addition to those “van-lifers,” people have begun to advertise campers parked near beaches.

“It’s basically the camper van version of a short-term vacation rental,” he said.