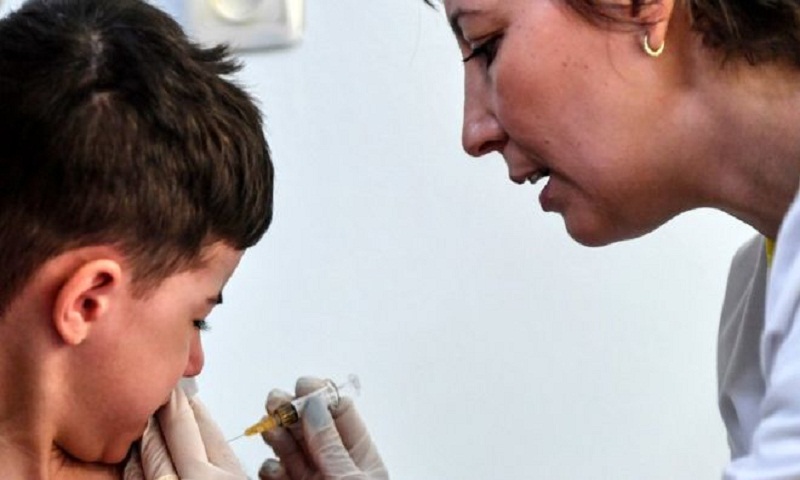 A county in New York state has declared a state of emergency following a severe outbreak of measles.

Rockland County, on the Hudson river north of New York City, has barred unvaccinated children from public spaces after 153 cases were confirmed.

The announcement follows other outbreaks of the disease in Washington, California, Texas and Illinois.

Vaccination rates have dropped steadily in the US with many parents objecting for philosophical or religious reasons, or because they believe misleading information that vaccines cause autism in children.

The outbreak in Rockland County is largely concentrated in the ultra-Orthodox Jewish community, the New York Times reported. It is believed it could have spread from other predominantly ultra-Orthodox areas around New York which have already seen outbreaks of measles

In the UK, the government is seeking new legislation to force social media companies to remove content promoting false information about vaccines.

The World Health Organization has declared the anti-vaccine movement to be one of the top global health threats for 2019.