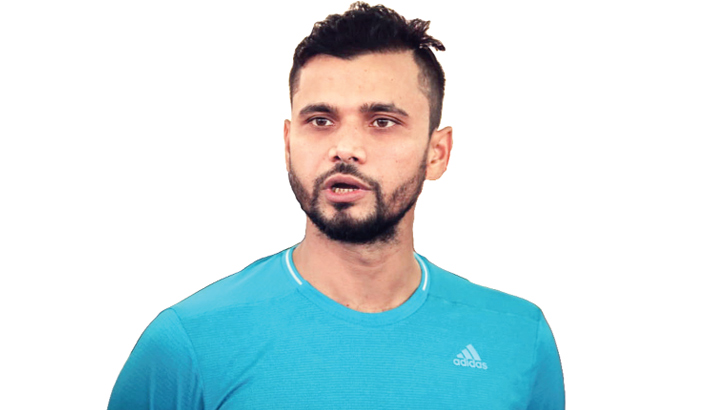 Anamul scored three successive centuries in the ongoing Dhaka Premier Division Cricket League (DPL) to make his case strong ahead of the selection for the global event, scheduled to be held in England from May.

While the form of Liton remained a cause of concern for the national selectors as he managed to score only three run in the just concluded three-match ODI series.

Since his blazing maiden hundred against India in the Asia Cup final, Liton just managed to score a half-century in the next six matches as he made 4, 83 and 0 against Zimbabwe at home and his lean patch continued against West Indies as well in the following series where he managed to put scores of 41, 8 and 23 runs on the board.

Mashrafe tried to revive Anamul’s career in 2018 after he initiated the move to bring back ODI set-up from wilderness since being dropped in 2015.

Mashrafe pressed the selectors to pick Anamul against Zimbabwe as he was desperately looking for an ideal partner for Tamim Iqbal in ICC Champions Trophy but the right-handed opener failed to impress in the following six ODIs before being eventually dropped.

In the cricket fraternity of the country there is a buzz going around since the three successive DPL centuries of Anamul, team management might consider him for the 15-member squad for World Cup considering his rival Liton did not show any kind of consistency as well despite his blazing hundred in Dubai and it only got louder as he managed to score only 23 runs in his only appearance in DPL this season.

“I am not concerned about DPL as said before. I completely disagree that the in-form players of DPL can keep their form there (World Cup),” Mashrafe told reporters during a launching program of a body spray at a local hotel on Tuesday.

“We have already got the proof of caliber of Litton. I am talking about Asia Cup Final. I think he can be a destroyer. He has this potential,” he said.

“The batting coach is also working with him. Here, consistency is important. I hope if Litton plays his natural game then it will be a big advantage for our team,” he said adding that it is up to the selectors to make the final call.

“I am definitely not the part of selection process. I have clearly stated it before and also clearing it now again. Team selection is not my job,” said Mashrafe.

“It is not important that the all the 15 players will perform well. Our main focus will be Ireland series and World Cup. Senior cricketers like me and others struggle in international cricket even in getting wickets here (Home),” he said.

“On the other hand, we had observed that some of us played well even if failed to perform here,” he said.

“So I can say that there is a huge difference between international cricket and domestic cricket. For this reason, I am saying that the players who can prepare mentally get a big advantage and lots of things will depend on him,” he added.

“You can find someone who is playing DPL, but working with him in some specific areas would be beneficial for World Cup. I think this mindset is important. If you are mentally prepared then everything will be good. However, players who scored or played well will be rewarded by the selection panel,” he told.

Mashrafe insisted that they need to make sure that they do have a genuine finisher that responsibility is currently being handed over to Sabbir Rahman.

Sabbir scored his maiden ODI hundred against New Zealand and showed that he has got the mettle to succeed in those bouncy conditions which are likely to be faced in England as well during the World Cup.

“I have been thinking for many days that we have some problems in finishing. I can’t give any responsibly to the juniors for this. It is mainly an issue of whole team that we can’t finish the game properly and in the last two and three years we lost several close matches. We failed to manage good totals despite being in good positions. So we have a problem in this sector,” he said.

“According to me, this aspect (finishing) is very crucial for a tournament like World Cup because, these kind of matches will definitely take place and they will be really close,” said Mashrafe

“He (finisher) will influence the outcome of the match. We are definitely concerned about this and I believe we can minimise the amount of mistakes. I am not saying that we can go up to a success rate of hundred percent as it is a process. However, I hope we can improve over time,” he said.