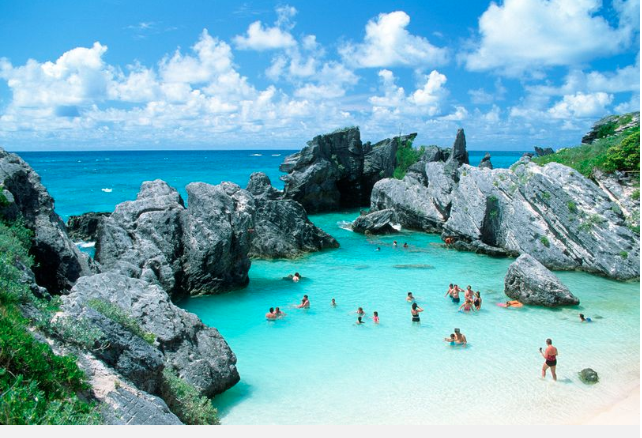 Bermuda is two hours from New York and Miami, but proud of its status as a British Overseas Territory. Discovered by the Spaniard Juan de Bermudez, it was taken over by Britain in the early 1700s.

It is often considered a Caribbean island and much of the population trace their ancestry back to the region, but it is situated more than 1,000 miles away.

Known for its pink sandy beaches, the temperature rarely drops below the mid-60s Fahrenheit (high teens Celsius), and never rises much above the mid-80s (early 30s Celsius.

Named after America, the yacht that shocked Queen Victoria in 1851 by beating its confident British rival in a race around the Isle of Wight, the contest has never been won by Britain.

Olympic legend Sir Ben Ainslie aims to put that right, although first he must see off competition from Sweden, France, Japan and New Zealand in qualifying races for the right to race defending champions the US.

The catamarans rise up on foils and will speed along at over 50mph. Racing will take place in the Great Sound, as close as you can get to a natural amphitheatre for sailing, with spectators able to watch the America's Cup not only from the water but all around the shore too.