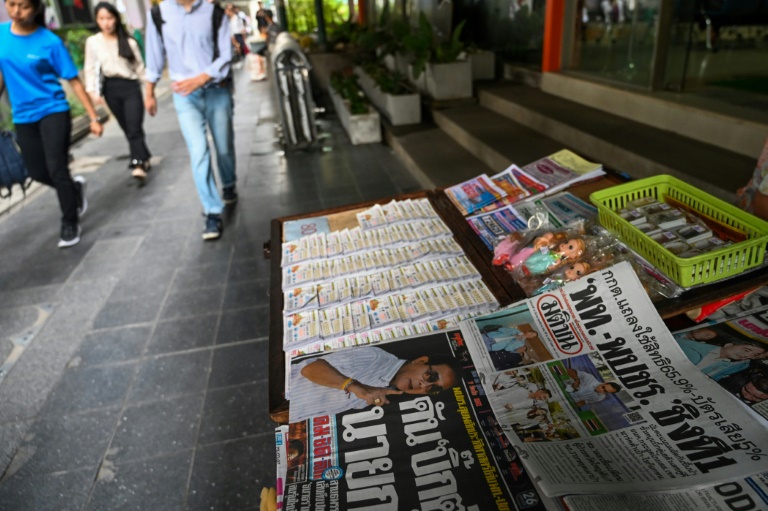 Thailand's election results were due Monday, with the junta appearing poised to hold on to power in a vote that saw its main rival diminished but vaulted a new pro-democracy force into the kingdom's politics.

Sunday's poll -- seen as a referendum on the military -- was the first since a 2014 coup, and was held under new rules written by the junta to ease its transformation into a civilian government.

Despite that, analysts had not expected the army-linked Phalang Pracharat party to win the popular vote, given mounting anger at junta rule and the enduring popularity of Pheu Thai -- the party of ex-premier Thaksin Shinawatra.

But Thai politics is unpredictable, and as preliminary results trickled in Sunday, Phalang Pracharat -- with coup leader Prayut Chan-O-Cha as its candidate for prime minister -- clung to the lead, racking up more than 7.6 million votes with 93 percent of ballots tallied.

"This will give them... popular legitimacy and more credibility," Thitinan Pongsudhirak, a political scientist at Bangkok's Chulalongkorn University, told AFP.

Phalang Pracharat had nearly half a million more votes than Pheu Thai, despite the track record of Thaksin whose parties have won every vote since 2001, drawing on loyalty from the rural and urban poor.

Prayut's party is on track to cobble together the 126 votes in the lower house it needs for a parliamentary majority, in combination with a 250-seat upper house Senate that is appointed by the junta.

The poll pitted a royalist junta and its allies against the election-winning machine of billionaire-turned-politician Thaksin and featured an unpredictable wave of millions of first-time voters.

As the results came in, dismay rippled out across the pro-democracy camp, with prospects diminishing of an anti-junta coalition squeezing into power.

The Election Commission unexpectedly postponed the release of fuller results until Monday afternoon, including the number of lower house seats won by each party.

The Election Commission has said it will finalise the results by May 9.

But questions quickly began to percolate on social media over an election that saw a massive 1.9 million ballots invalidated, setting the stage for disputes.

Turnout was a tepid 64 percent, much lower than forecasts.

And on the eve of the poll, Thailand's King Maha Vajiralongkorn issued a cryptic statement urging people to support "good" leaders against those who create "chaos."

Another royal command in February torpedoed the candidacy of the king's elder sister Princess Ubolratana for prime minister via a party linked to Thaksin.

Thaksin was ousted in a 2006 coup, and has lived in self-exile since 2008. The administration of his sister Yingluck was also the victim of a 2014 power grab by the military.

The Shinawatra-aligned Pheu Thai party has vowed to accept the results but said it needed more "clarity" on the outcome before it took a stance.

The army and its allies in the Bangkok elite loathe the Shinawatras, accusing the clan of toxifying Thai politics and society with money, nepotism and graft.

The Shinawatras say they have simply recognised the economic and democratic aspirations of Thailand's majority.