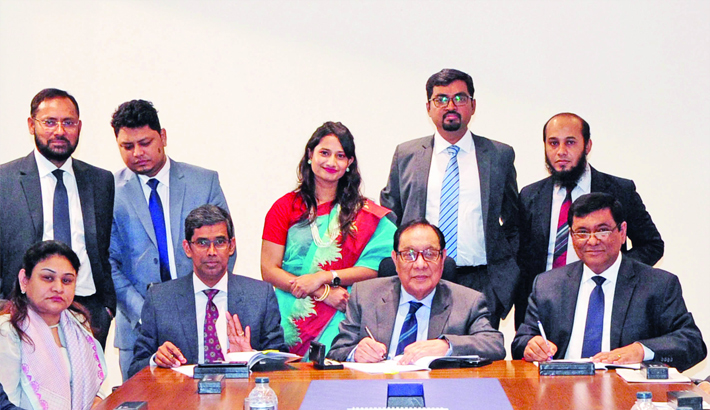 Bank Asia Securities Chairman A Rouf Chowdhury signs the company’s audited financial statement for the year ending on December 31, 2018, at the 8th AGM of the company at Bank Asia Tower at Kawran Bazar in the capital recently. 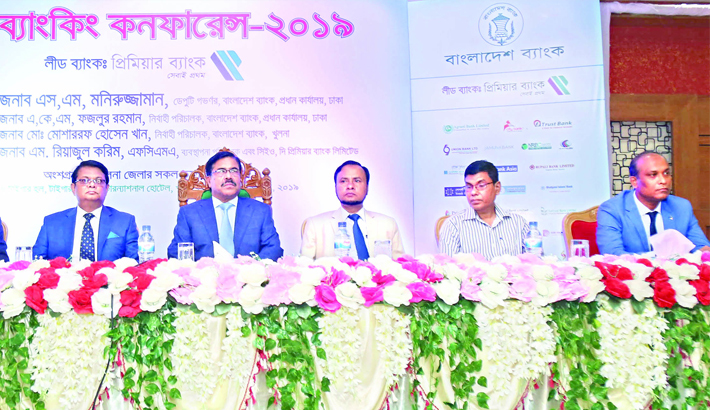 Bangladesh Bank Deputy Governor SM Moniruzzaman is seen at a school banking conference, organised by Premier Bank, at a hotel in Khulna recently. M Reazul Karim, Managing Director and CEO of the Premier Bank, presided over the event. 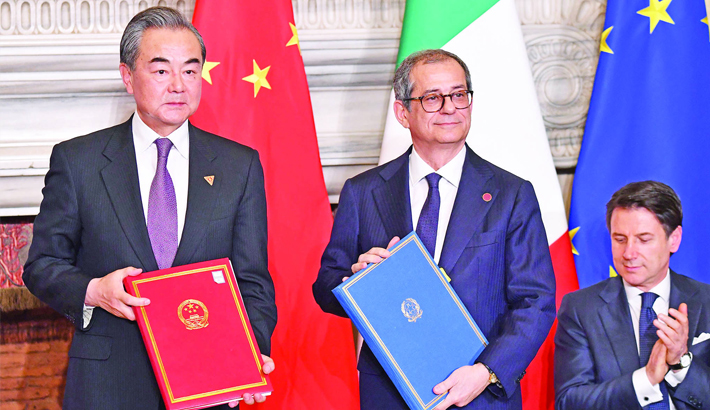 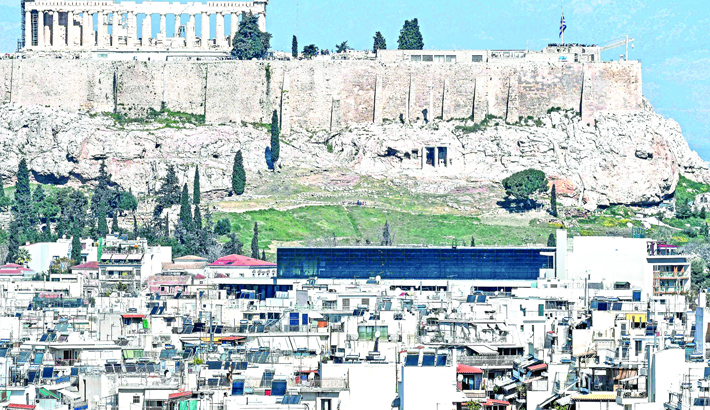 A picture taken recently shows a view of the buildings in the Koukaki area of Athens. According to Airbnb data, there are over 8,000 apartments for rent in central Athens alone, at an average of 67 euros per night, including some 1,200 flats in districts close to the Acropolis. About half are multi-listings by owners with more than one property online, Airbnb says. Among them are a few hundred foreigners -- mainly Chinese, Russians and Israelis -- who tapped into a golden visa programme introduced in 2013 for property purchases over 250,000 euros ($285,000), says Lefteris Potamianos, head of the Athens real estate association. 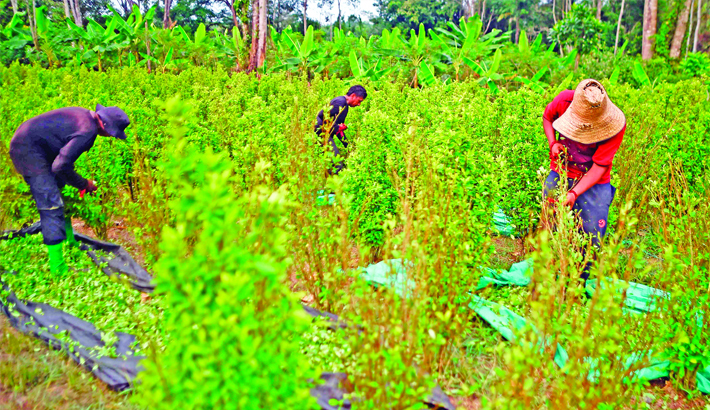 "Raspachines" (farmers collectors of coca leaves), work at a coca plantation in the Catatumbo region, Norte de Santander department, in Colombia recently. In Colombia almost one and a half million people (3 percent of the population) live in areas with illegal crops. 130,000 families have agreed to follow the government's voluntary substitution program, through which they would receive direct payments and support for productive projects. As the government failed to fully comply with the agreement, many have decided to re-plant illicit crops, while the reluctant ones still wait for answers. 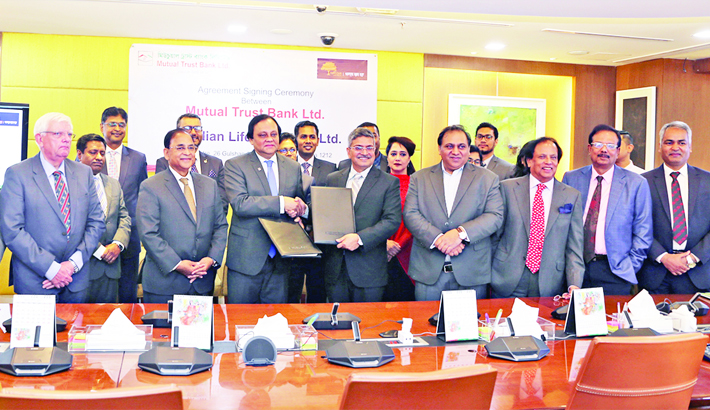 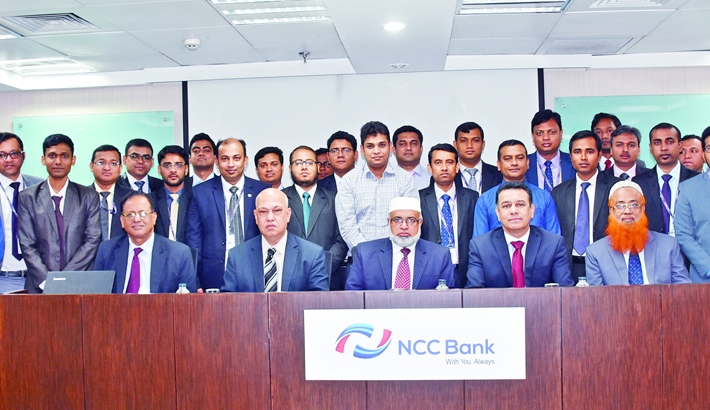 NCC Bank Deputy Managing Director Khondoker Nayeemul Kabir poses for a photo with participants of a training course at its training institute in the capital on Sunday. 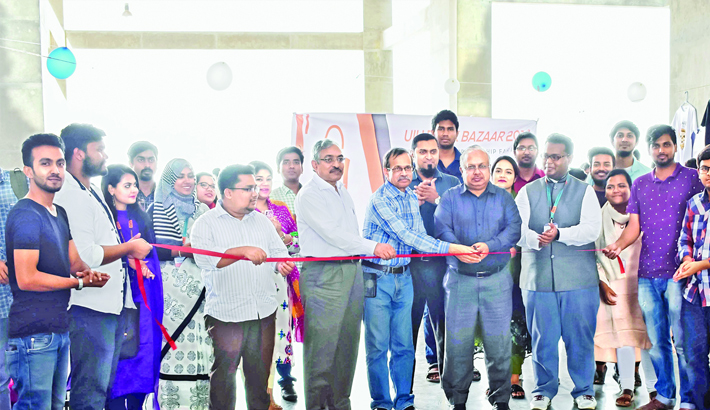 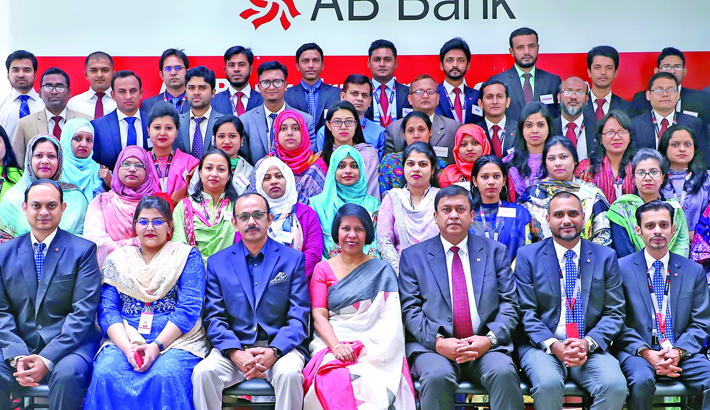 AB Bank Deputy Managing Director Shamshia I Mutasim poses for a photo with participants of a training programme at its training institute in the capital recently. Front desk officers of the bank took part in the training. 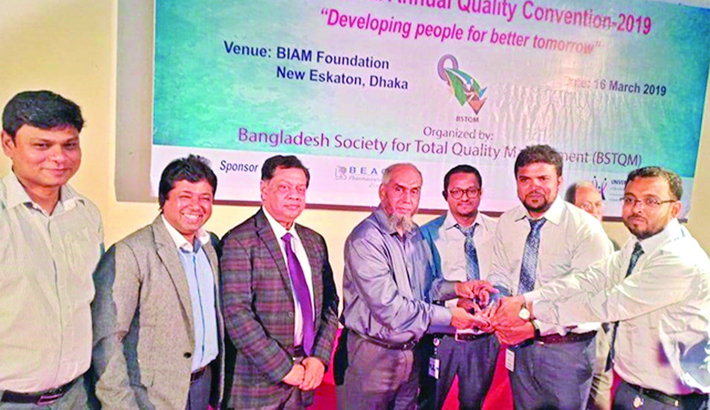 Beacon Pharmaceuticals Chairman Ebadul Karim receives the ‘Most Innovative Project Award’ at a function at BIAM auditorium in the capital recently. 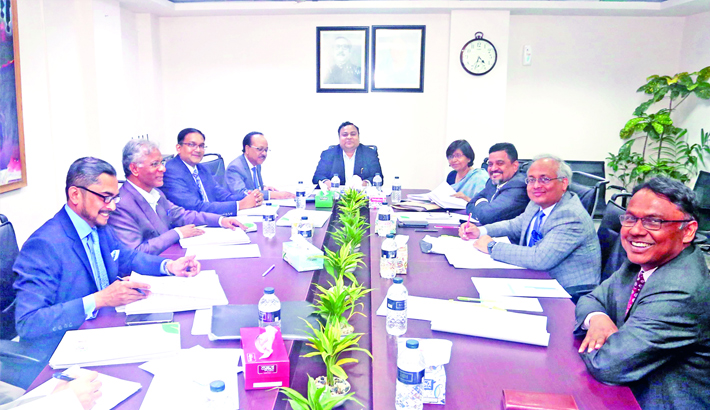 Padma Bank Chairman Chowdhury Nafeez Sarafat presides over a meeting of the board of directors of the bank at its head office at Motijheel in the capital on Sunday.