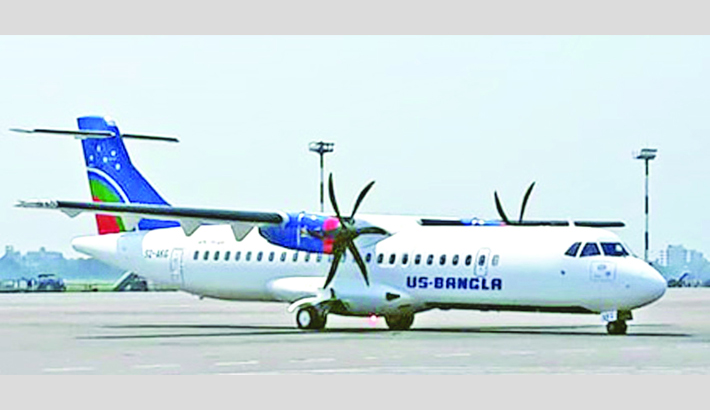 US-Bangla airlines, one of the country’s private carrier, on Sunday added a brand new 72-seat turboprop ATR 72-600 aircraft as part of its plan to increase flight frequency on domestic and regional routes.

The aircraft landed at Hazrat Shahjalal International Airport at noon flying from France after refueling in Egypt and Masqat.

The new aircraft raised the current fleet number of the airlines to eight along with four Boeing 737-800 and three DASH8-Q400.

The new aircraft will start its operation in domestic routes from March 31, he added.