Education minister stands in queue to cast her vote 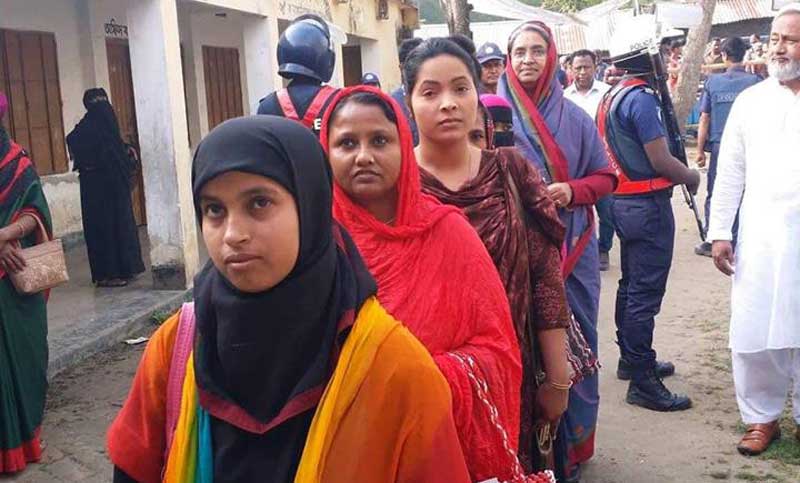 Dr Dipu Moni, also a local MP of Chandpur-3 constituency, stood in the queue to exercise her franchise in the upazila parishad elections like other commeners at 8:15am on Sunday.

The voting in elections to 117 upazila parishads ended on Sunday amid allegations of vote rigging and irregularities.

The voting of the third phase of the local body polls began at 8:00am and ended at 4:00pm.