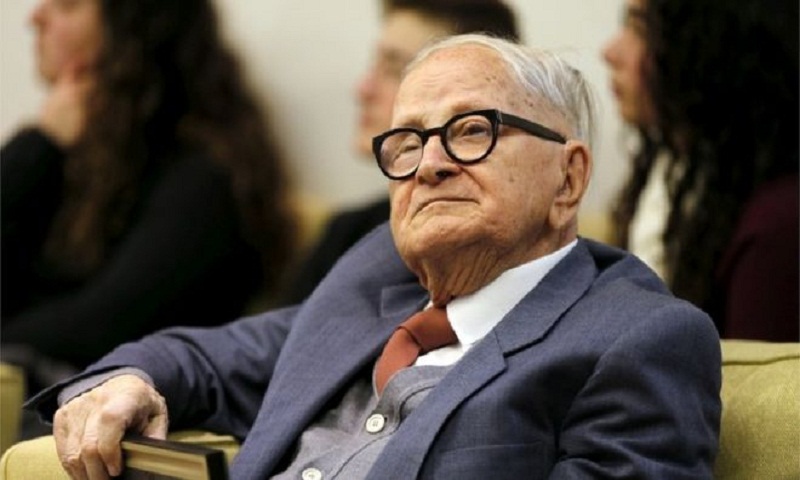 Eitan commanded an eight-man team who flew to Argentina in 1960 and spirited Eichmann back to Israel to stand trial.

He is seen as one of the fathers of Israel's intelligence services.

Eichmann was one of the principal architects of the Holocaust, Nazi Germany's systematic extermination of six million Jewish people. He was found guilty and hanged in 1962.

Prime Minister Benjamin Netanyahu called Eitan "one of the heroes of Israeli intelligence" and said he was a "close personal friend".

Israeli President Reuven Rivlin described him as "a born fighter who stuck to his mission and to what he knew to be right".

Eitan was born on a kibbutz in the former British Mandate of Palestine to a family of Russian immigrants in 1926, growing up in Ramat Hasharon north of Tel Aviv.

Mossad was tipped off by a West German prosecutor that Adolf Eichmann was alive and hiding in Argentina.

In the 1980s however Eitan was revealed as the handler of Jonathan Pollard, a US analyst who gave thousands of top secret documents to Israel.

The FBI issued an arrest warrant for Eitan after Pollard was exposed. Pollard spent 30 years in prison after his capture in 1985.

Between 2006 and 2009, Eitan would serve in parliament for the centrist Gil Party, becoming minister for pensioner affairs.

He died at Ichilov Hospital in Tel Aviv on Saturday. He was married to his wife Miriam, with whom he had three children.