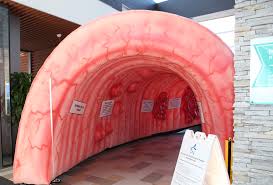 Colon and rectal cancer rates have declined in older adults in recent years, but researchers have uncovered an alarming trend: Diagnoses in Millennials and Generation X are actually on the risethis link opens in a new tab, according to a 2017 research published in the Journal of the National Cancer Institute.

“It’s extremely rare for an incidence of a disease to increase this much,” says Andrea Cercek, MD, a gastrointestinal oncologist at Memorial Sloan Kettering Cancer Center.

Researchers aren't yet sure what's behind the rise, but they have some theories. For one, the same lifestyle factors contributing to the growing obesity epidemic are also associated with colorectal cancer.

“It’s likely that some of the behaviors that contribute to obesity, like a sedentary lifestyle and poor diet, like high consumption of red and processed meat, and a low consumption of milk products, lead to [colorectal cancer]," says Rebecca Siegel, MPH, lead epidemiologist on the study. Some researchers are also exploring the connection between gut microbiome changes and cancer, but have yet to determine any direct link, says Dr. Cercek.

Based in part on these findings, the American Cancer Society lowered the screening age for colorectal cancer to 45 for people with average risk (meaning they have no family history of the disease). Other groups continue to advise starting colonoscopies at age 50this link opens in a new tab.

Meanwhile, both Siegel and Dr. Cercek say it's smart to keep an eye out for colorectal cancer symptoms. Many of the signs of colorectal cancer are easy to ignore or shrug off as something minor—and young people are especially prone to dismissing them, says Dr. Cercek. “They think it’s not a big deal and they’re too busy working and living their lives, and they’re more likely to be diagnosed at a later stage.”

#  Blood in the stool (which can be bright red or dark

#  Bleeding from the rectum

#  A change in your bowel movements—whether that’s in timing, frequency, shape of stool, or amount of stool

If you experience any of these symptoms of colon cancer for more than a week, it’s time to talk to a doctor. Do your homework before your appointment and find out if you have a family history of colorectal cancer—if you do, it may prompt your doc to screen you