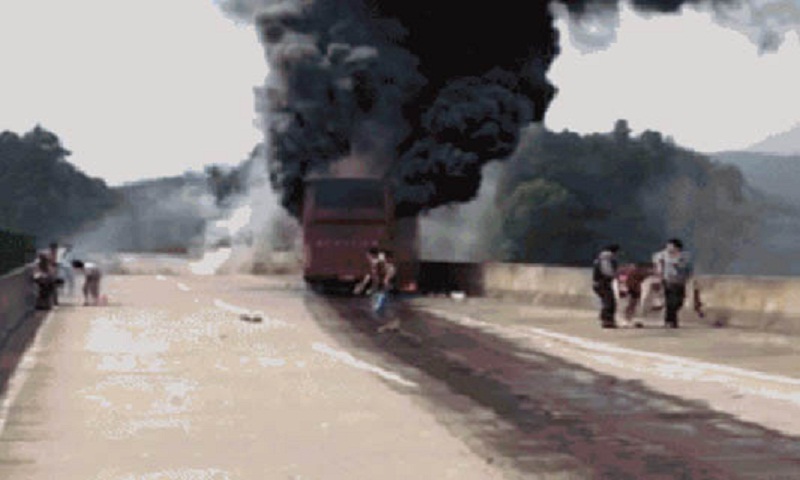 The vehicle burst into flames as it drove through Hunan province Friday with 56 people on board — including 53 passengers, two drivers and a tour guide — according to local authorities.

The injured, including five in a critical condition, were rushed to hospital for treatment.

The two drivers were detained and an investigation into the cause of the accident is under way, according to a statement posted on the city of Changde’s official social media account on Weibo.

Grisly car accidents are common in China, where transport authorities struggle to enforce safety regulations, which are often flouted.

Some 58,000 people were killed in traffic accidents across the country in 2015, the latest year for which the data is available publicly.

Violations of traffic laws were blamed for nearly 90 percent of accidents that caused deaths or injuries that year.