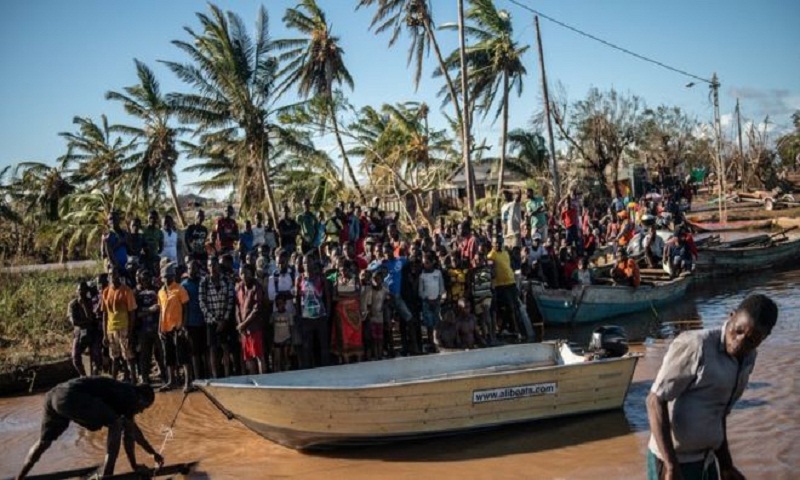 The number of confirmed deaths from Cyclone Idai in southern Africa has risen to at least 557.

A week after the flooded Mozambican port of Beira was hit by Cyclone Idai, cases of cholera have been recorded, a humanitarian aid group said on Friday.

The International Federation of Red Cross and Red Crescent Societies (IFRC) warned of the risk of other outbreaks, already noting an increase in malaria.

The storm has so far killed 557 people across Mozambique, Zimbabwe and Malawi, but the death toll is expected to rise.

Aid workers are slowly delivering relief but conditions are said to be extremely difficult, with some areas completely inaccessible and a scarcity of helicopters.

Cholera, which is endemic in Mozambique, is spread by water contaminated by sewage, and can kill within hours if left untreated.

The United Nations has released $20m (£15m) from its emergency fund, and on Friday its chief made a personal appeal for more international support.

Aid groups said Mozambique has borne the brunt of flooding from rivers that flow downstream from neighbouring countries. At least 65,000 people are sheltering in 100 temporary sites, many of which are in "desperate conditions", according to the UN.

Many people are said to have not yet received emergency rations, with some still clinging to rooftops and trees.