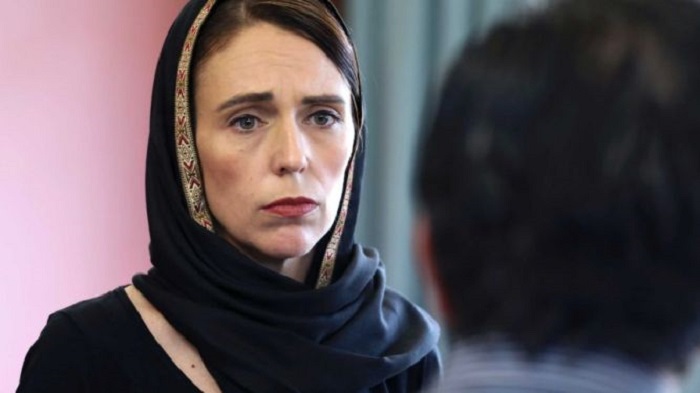 Taslima Nasreen, who has been living in exile following outrage of country’s Islamic groups over her controversial writings regarding Islam, said prime minister of New Zealand insulted women struggling for freedom.

He wrote, “Brave women in Muslim community around the world have been fighting against misogynistic Islamic oppression and throwing off their hijab and burqa. But New Zealand’s Prime Minister by wearing hijab, not only deny those brave women’s struggle for freedom, she insults them too.” 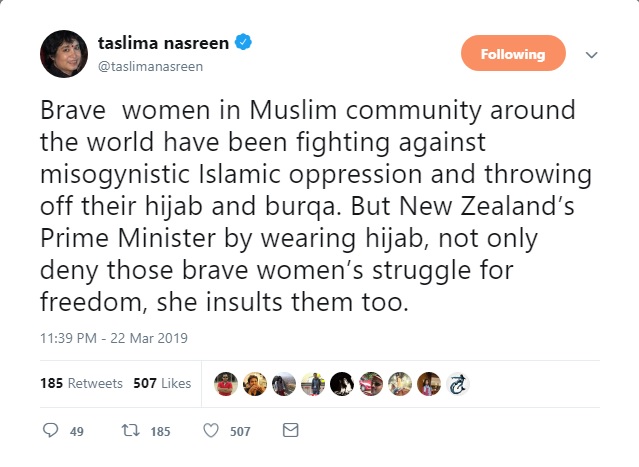 Jacinda Ardern, on Friday attended funerals of victims at Hagley Park adjacent to the Al Noor Mosque, who were killed in horrific gun attack in two mosques in Christchurch, wearing hijab to console mourners.