What a balm for a chronic bruise! 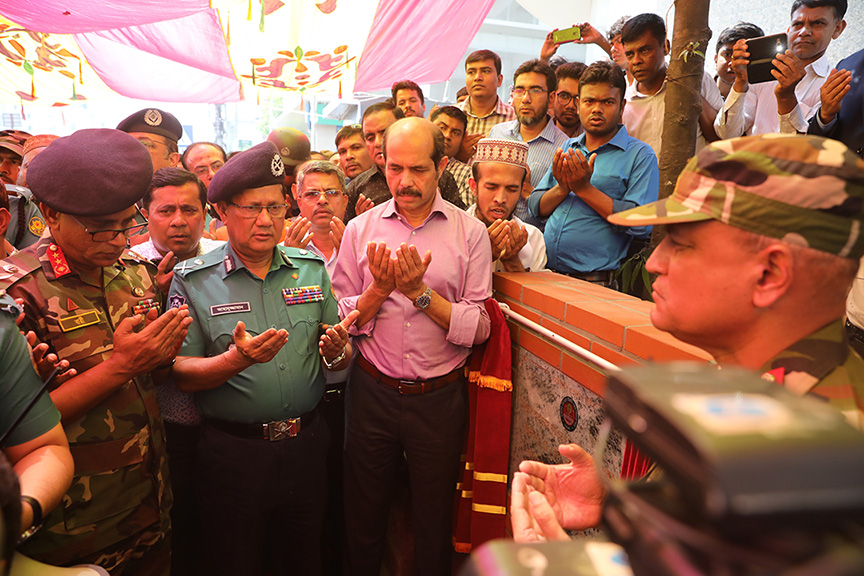 We, Bangladeshis, live in such a society where most of the people, particularly office-bearers, forget the statutory duty limits when they make any statement or pledge. The situation has reached such a proportion that we no more get surprised to hear a livestock minister talking about foreign affairs or an expatriate affairs minister coming up with a plan for protection of forest resources. It is not bad if anyone working in a particular field can contribute to the solution to the problems of any other field. Perhaps nobody declines to acknowledge such positive contribution. But the reality is that every sensible person wishes to see the solution package of any problem coming from those who are duty-bound for that.

The new mayor in Dhaka North City Corporation Atiqul Islam seems to be very active in searching solution to the problems the city dwellers have long been facing. While talking to the media before and after his election, he floated solution plans for the city problems, including chronic traffic chaos, water logging, etc.

The new mayor faced a blow, only in two weeks of his taking office, on Tuesday when university and college students across the Dhaka city came down on the streets and began road blockade at several points hearing that one of their fellows – Bangladesh University of Professionals student Abrar Ahmed Chowdhury – was crushed under the wheels of a bus of Suprobhat transport agency on Bishwa road at Kuril. The situation got worse the following day prompting him to rush to Kuril where students of institutions in the surrounding areas gathered and blocked the busy Bishwa road demanding action to stop deaths on roads. Flunked by the Dhaka Metropolitan Police chief and the BUP vice chancellor, the mayor delivered a speech before the students in which he made several pledges, including construction of a footbridge after the name of the victim. He also laid the foundation stone of the footbridge near the main gate of Bashundhara residential area where Abrar met the tragic end of his life.

His pledges raise a question; how much a mayor has to do, other than construction of such footbridges, to combat transport chaos and contribute to reducing road fatalities in the city. As public representatives, city heads in Bangladesh pledge many things that they are not even duty-bound to do. But after most of the incidents like road crashes and fires, we hear very less from the authorities who have the statutory duty and institutional arrangement to check such accidents.

The task of ensuring ‘transport discipline’ and preventing road crashes in the capital lies mainly with the traffic division of Dhaka Metropolitan Police, which is responsible for enforcement of traffic laws and rules, and the Bangladesh Road Transport Authority, the statutory regulator for transport sector. Unfortunately, a section of officers of the two vital organisations earned them ill-repute by their dishonest activities. Media reports suggest people secure driving licences without proper training and their ‘unfit vehicles’ get fitness certificates in exchange for bribe. One does not need to be an expert to verify the accusation; simple glances at public transports, particularly buses and auto-rickshaws, will be enough for that. How so dilapidated and run-down buses trucks, human haulers, three-wheelers can have their fitness certificates updated and dominate the city roads?

The transport regulator has banned the plying of all busses under Suprobhat and Jabale Noor, which was involved in a similar road crash last year in which two college students were run over and killed sparking more vigorous student agitations. BRTA’s latest action is praiseworthy but as the regulatory body, it can in no way skip the responsibility for issuance of driving licences to untrained people and fitness certificates to unfit vehicles.

Irregularities in the transport sector know no bound; they do not remain confined to the issuance of the licences and certificates to undeserving persons and vehicles. Many people freely drive vehicles with fake licences, many light-car drivers handle heavy vehicles while many vehicles ply in the city without updated fitness certificates.

And the allegations against traffic policemen of helping unfit or unlicensed vehicles to operate in the capital are not new. Several investigative reports of television channels have even shown how traffic sergeants themselves take bribes on monthly basis from commercial vehicle owners to allow them ply without valid documents not only in their respective duty areas but also the entire capital. There are allegations that traffic cops even force owners of the commercial vehicles having valid documents to pay bribe monthly; they make the business impossible for the owners unwilling to pay them bribe.

No sane person will believe that the high-ups of a disciplined force like police are totally ignorant of this misdeed, better say crime, of the field-level traffic officers. Why the high-ups wink at the misdeed raises a million dollar question.

As a nation, we have lost a huge time but time is not yet over to bring ‘transport discipline’ in the capital and other parts of the country. We would like to believe that BRTA and traffic police -- the two vital organisations responsible for ensuring ‘transport discipline’ -- will employ their full authority, skill and manpower to perform their jobs duly. If so, many lives will be saved on roads and the two organisations will be able to remove the stigma they have long been carrying.

And everyone needs to agree that solution to transport chaos does not lie in the construction of footbridges. Yes building footbridges where necessary and relocation of the existing ones to places where they will be more useful will help the city dwellers greatly, but will contribute a little to the solution to the chronic transport chaos. We are not sure how much the Abrar footbridge will heal the pain of the ill-fated boy’s family and friends, who demanded it be named after him, but we are certain this footbridge and the like will not help that much to heal the chronic bruise of transport chaos and the resultant road fatalities.