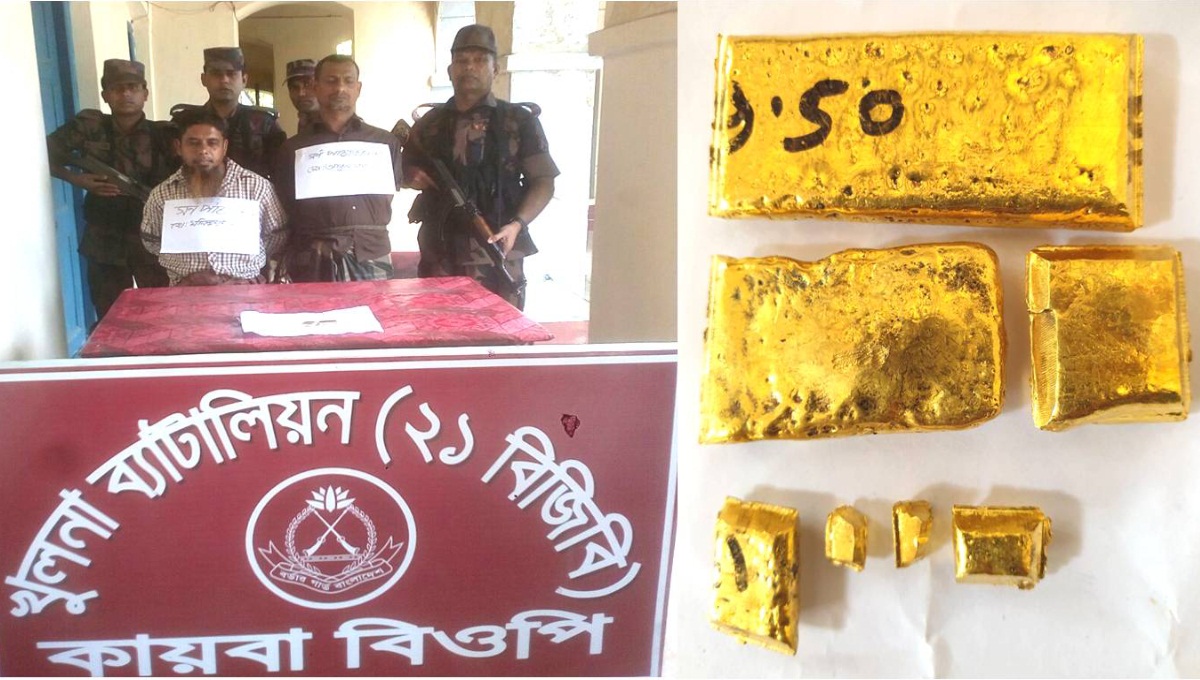 Customs officials arrested a man along with gold weighing around 1 kilogram from Hazrat Shahjalal International Airport in the capital on Friday.

The arrestee Mizanur Rahman arrived at the airport by a Biman Bangladesh Airlines flight (BG-222) from Muscat around 11 am.

The market value of the gold is around Tk50 lakhs, said the CIID DG.

Meanwhile, members of Border Guard Bangladesh (BGB) arrested two men along with 7 gold bars weighing around 196 grams while they were trying to smuggle the gold to India through Kayba bordering area under Sharsha upazila in Jashore district on Friday morning.