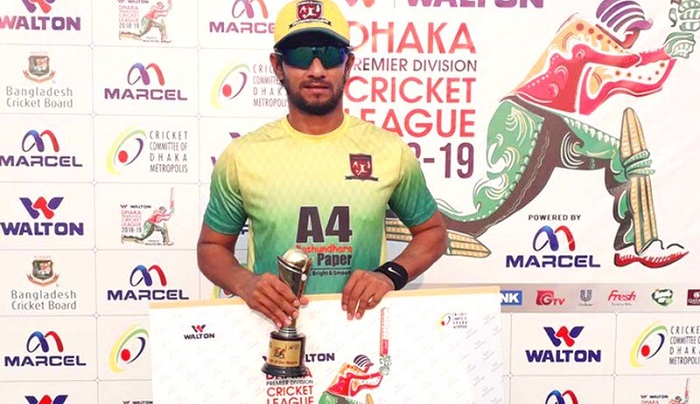 Sheikh Jamal needed five runs in the last ball when all-rounder Enamul Haque hit a six off Alauddin Babu to seal the match in Savar.

Mohammedan batted first on the batting-friendly pitch but failed to post a big total. They were all out for 240 in 49.1 overs. Only Abdul Mazid (52) hit a half-century. Mohammad Ashraful (44), Chaturanga de Silva (49) and Sohag Gazi (32) played some decent shots.

It was Mohammedan's second defeat and Sheikh Jamal's second win in the season.

In the day's other match, Legends of Rupganj beat Gazi Group Cricketers by eight wickets thanks to the massive 226-run third-wicket stand between Mehedi Maruf and Jaker Ali. Both of them hit centuries.

While replying, Rupganj lost two wickets in 27 runs. However, in the third wicket stand, Maruf and Jaker posted 226 runs and won the game for their team (253/2 in 45.3 overs).