Bangladesh calls for unity against terrorism at OIC meeting 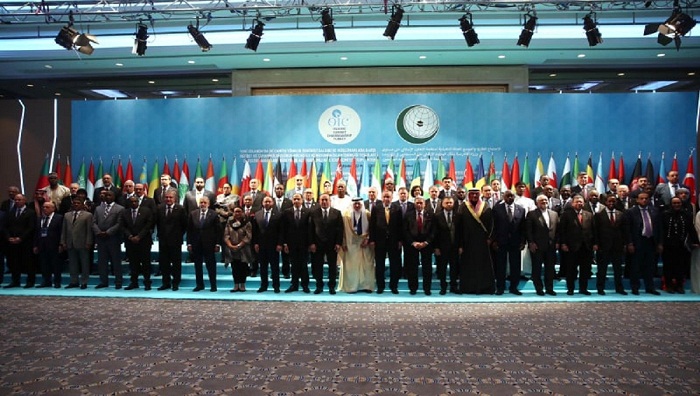 Bangladesh has urged everyone to stand against terrorism across all platforms to dispel Islamophobia and promote interfaith harmony in a comprehensive manner.

Land Minister Saifuzzaman Chowdhury made the call on Friday at an emergency OIC executive committee meeting in Istanbul on the terrorist attacks on Muslims in Christchurch, New Zealand.

He also underlined enhancing OIC collaboration within the umbrella of the UN, according to Bangladesh Embassy in Ankara.

The emergency session of Foreign Ministers ended with adoption of a Communique calling for taking pragmatic measures by OIC to tackle terrorism, Islamophobia and hatred against Muslims around the world.

Foreign Minister of New Zealand Winston Peters attended the session at the invitation of Turkey as a guest of honour.

He also delivered a statement emphasising interfaith harmony as well as giving a brief description of actions taken by his government to express and extend support and respect to Muslim community in New Zealand.

Turkish President Recep Tayyip Erdogan delivered a statement before the meeting highlighting the importance of collective efforts by OIC to tackle terrorism, Islamophobia and hatred against Muslims in non-Muslim countries.

Land Minister Chowdhury told the meeting that Bangladesh is following a policy of zero-tolerance towards terrorism and violent extremism in its all forms and manifestations under the leadership of Prime Minister Sheikh Hasina.

Chowdhury appreciated the government and the people of New Zealand for their prompt support and respect towards the Muslim community there.

The session was preceded by a senior officials meeting in the evening of March 21 where the communique was finalised.