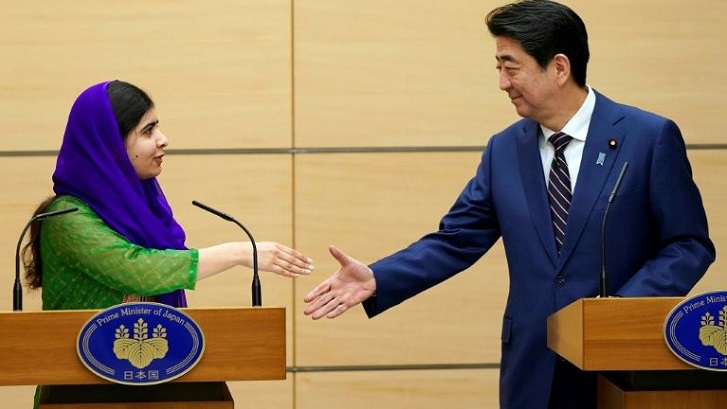 "As the chair of this year's G20, I hope Prime Minister Abe in Japan will lead on girls' education and encourage all leaders to commit to new funding to prepare girls for the future of work," she told reporters.

"I hope he can use his G20 presidency to help my sisters in Japan, G20 countries and around the world to reach their full potential because the world works better when girls go to school."

Malala became a global symbol for girls' education and human rights after a gunman boarded her school bus in October 2012, asked "Who is Malala?" and shot her.

After medical treatment in the UK, she continued her vocal advocacy and became the youngest-ever person to receive the Nobel Peace Prize in 2014.