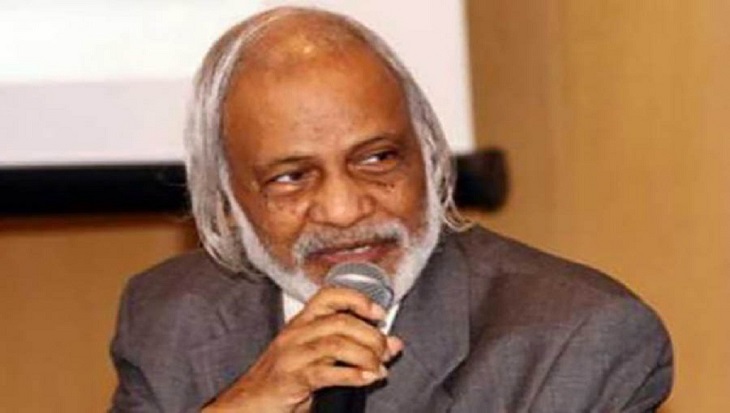 BNP senior leader Dr Abdul Moyeen Khan on Friday sought an explanation from the government as to why Bangladesh's position in the Happiness Index of the United Nations has dropped when it claims the country is a role model in the world.

"The United Nations has released the world happiness report. It's a matter of shame that Bangladesh's position has gone 10 notches down on the list of happiest countries," he said.

Speaking at a human chain programme, the BNP leader further said, "So, my question, if Bangladesh is a role model in the world, then why did the country got slipped to 10 notches on the list of the world's happiest countries? The government will have to give answer to the question."

According to the World Happiness Report 2019 released on Wednesday coinciding with the United Nations' International Day of Happiness, Bangladesh placed 125 among 156 countries of the world while Sri Lanka and India are at the 130th and 140th positions respectively.

In the last year's index, Bangladesh was the 115th happiest country of the world.

Dr Moyeen, also a BNP standing committee member, alleged that the government is deceiving people by conducting a campaign that Bangladesh has become the role model of the world.

He warned that the government it will not be able to hang onto power for long by deceiving people.

The BNP leader accused the current regime of imposing an unwritten 'censorship' on media and snatching journalists' freedom of expression by informally 'restoring' one-party Baksal rule.

Dr Moyeen said people will surely take to the streets someday against the government and restore democracy in the country under the leadership of Khaleda Zia.

He said Khaleda Zia has been kept in jail 'unfairly' in a 'false' political case at the behest of the government.

The BNP leader alleged that justice has disappeared from the country as the government established its control over law enforcers, administration and the judiciary.

Referring to Prime Minister's recent remark 'praising' Baksal, he said the people of Bangladesh did not accept Baksal when Awami League had introduced it in 1975. "I would like to say Bangladesh became independent for ensuring democracy, not for establishing a one-party rule."