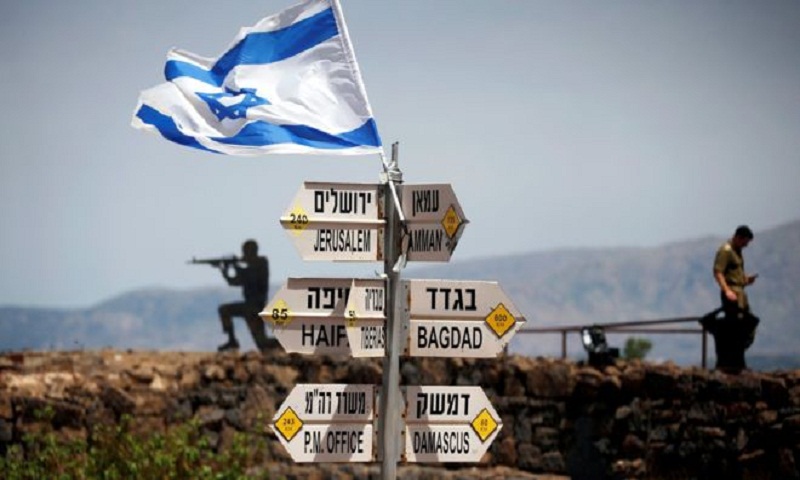 President Donald Trump has overturned decades of US policy by saying it is time to recognise Israel's sovereignty over the occupied Golan Heights, which it captured from Syria in 1967.

In a tweet, Mr Trump declared that the plateau was of "critical strategic and security importance to the State of Israel and regional stability".

Israel annexed the Golan in 1981 in a move not recognised internationally.

Syria, which has sought to regain the region, has so far made no comments.

Israeli Prime Minister Benjamin Netanyahu - who has warned about the "military entrenchment" of his country's arch-enemy Iran in Syria and has ordered air strikes in an attempt to thwart it - tweeted his thanks to Mr Trump.

What are the Golan Heights?

Israel seized most of the Golan from Syria in the closing stages of the 1967 Middle East war, and thwarted a Syrian attempt to retake the region during the 1973 war.

The two countries agreed a disengagement plan the following year that involved the creation of a 70km-long (44-mile) demilitarised zone patrolled by a United Nations observer force. But they remained technically in a state of war.