Namaj-e-janaza for 3 Bangladeshis held in Christchurch 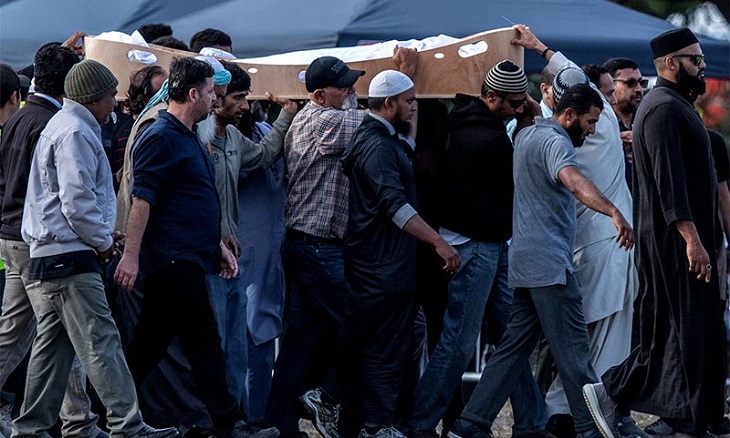 The namaj-e-janaza of three Bangladeshis among five killed in Christchurch terror attack of New Zealand was held on Friday. The janaja of the remaining two was also supposed to be held after Juma prayer.

The three whose janaja were held are Omar Faruk, Mozammel Haque and Zakaria Bhunya. The body of these three will be brought back to the country soon.

The remaining two are Dr Abdus Samad and Hosne Ara will be buried in New Zealand.

Earlier on last Friday (March 15), a gunman, 28, carried out a gruesome terrorist attacks at two mosques in a country like New Zealand that killed at least 50 people, including five Bangladeshis.