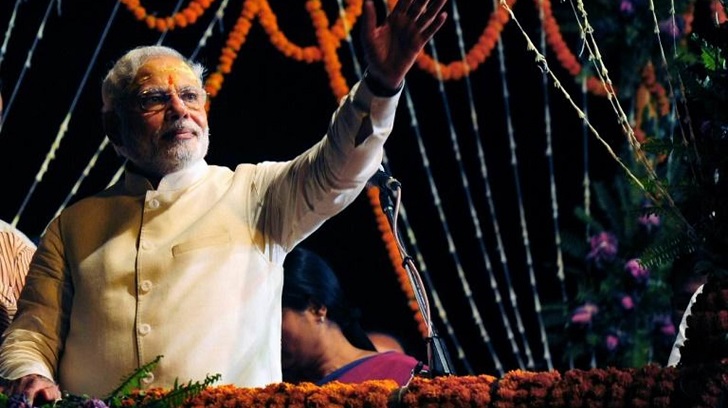 The Hindu nationalist leader successfully won his first national election in 2014 from northern Uttar Pradesh state's historic city, situated on the banks of the Ganges -- one of the most sacred rivers in the Hindu religion.

The names of 184 contestants were announced by the BJP for the seven phase national elections that will run from April 11 until May 19, with results scheduled to be declared on May 23.

The right wing party decimated the Indian National Congress led by Rahul Gandhi in the 2014 elections that saw the centre-left party's tally sink to a low of 44 seats in the 543-member parliament.

Political commentators said that Modi's move to campaign from the ancient city in 2014 was aimed at galvanising Hindus, BJP's core voting bloc, and shore up the party's tally in the politically bellwether state that sends 80 lawmakers to parliament.

Candidates in India can choose to contest elections from up to two constituencies, but can go on to only represent one in parliament.

In 2014, Modi also won the Vadodara seat in his home state of Gujarat but gave up his candidature in the western city to represent Varanasi.

It was unclear whether Modi will again contest from two constituencies in the polls, which will again see him battle Gandhi for the top post.

Gandhi last week announced that he will fight the election from Amethi, another city in the northern state, which he has represented since 2004.

But the Congress party is yet to announce a candidate for Varanasi, where a triangular contest is expected with regional Samajwadi Party, who are also planning to field their candidate in the city for the May 19 poll.