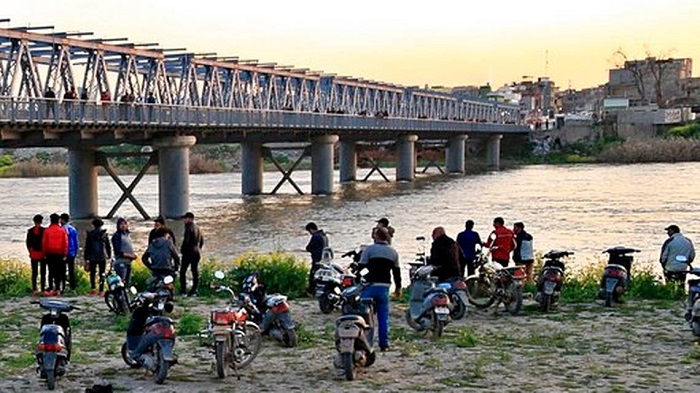 At least 83 people killed in Iraq on Thursday as a ferry capsized in the Tigris River near Mosul with more than one hundred people on board, Iraqi health official said.

Iraq Prime Minister also toured a hospital and morgue in the former jihadist bastion, where a ferry had sunk in the swollen Tigris, State television said.

Many victims of the ferry disaster were women and children who had been celebrating the Kurdish New Year and Mother's Day.

The accident was the worst in recent memory, and the death toll was expected to rise.

Iraqi TV said a court in Mosul detained nine workers operating the ferry and issued an arrest warrant for the owner of the tourist island where it was headed.

Iraqi officials say the death toll from the sinking of a ferry overloaded with people celebrating the Kurdish New Year in northern Iraq has risen to 71.

Maj. Gen. Saad Maan, a spokesman for the Interior Ministry, says 71 people died and another 55 have been rescued, including 19 children.

Officials say the ferry sank in the Tigris River near the northern city of Mosul because of a technical problem, and that there weren't many boats in the area to rescue people.

An Iraqi official says a ferry overloaded with people celebrating the Kurdish new year sank in the Tigris river near Mosul, killing at least 40 people.

Col. Hussam Khalil, head of the Civil Defense in the Nineveh province, told The Associated Press that the accident occurred on Thursday as scores of people were out in the tourist area celebrating Nowruz, which marks the Kurdish new year and the arrival of spring.

Khalil says many of the dead were women and children, adding that search operations are still underway.