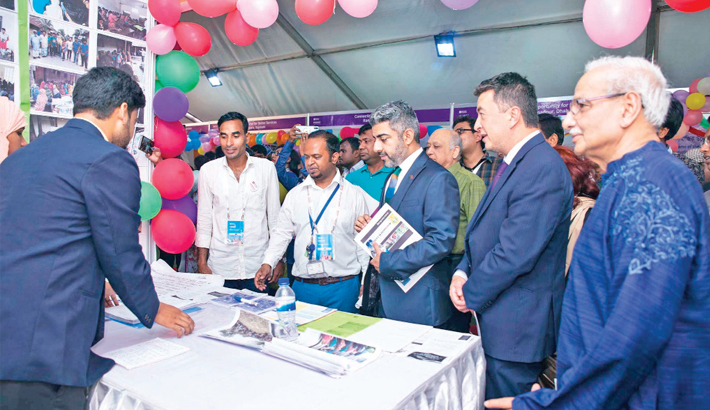 Guests visit a stall at the national youth summit held at Bangla Academy in the city on Thursday. British Council organised the summit. — sun photo

The British Council organised a national youth summit under its ‘PRODIGY project’ (Promoting Democratic Inclusion and Governance through Youth) in partnership with leading civil society organisations of Bangladesh including Democracywatch, Shushilan, the Hunger Project, Uttaran and Wave Foundation at Bangla Academy in the city on Thursday.

Over 500 youth participants attended the summit. They showcased the work they had done in the communities to increase people’s access to government information and services, says a press release.