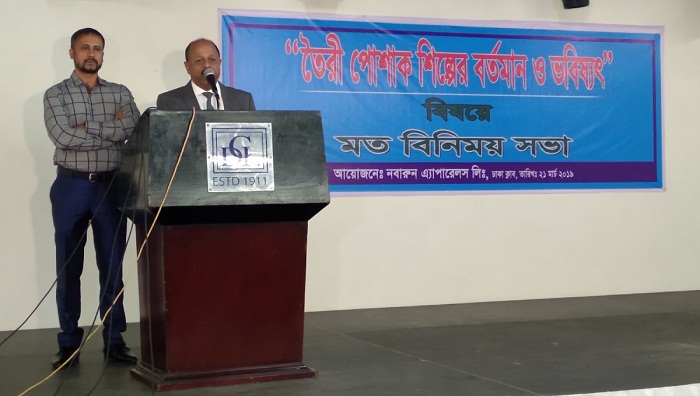 Swadhinata Parishad, a panel contesting the Bangladesh Garment Manufacturers and Exporters Association (BGMEA), promised to strengthen the organisation if voted to power.

“We’ll create a positive image of the garments sector at home and abroad,” the Parishad’s manifesto for the 2019-21 election released Thursday said.

Md Zahangir Alam, who heads the panel, announced their 12-point electoral pledges that include working both for the welfare of the owners and workers.

“The apparel industry will further flourish,” he told a views exchange meeting at Dhaka Club. “If we are elected, we will request the government for a 10 percent incentive for the industry.”

The last election to BGMEA was held on September 22, 2015. The next one is scheduled for April 6.

Apart from the Swadhinata Parishad, the Sammilita Parishad and Forum is contesting the election. Rubana Huq, wife of former Dhaka mayor Annisul Huq, is heading the Forum.

Swadhinata Parishad’s leaders said they expect the polls to be fair although they were attacked during submission of nomination papers.

Twenty-six directors will be elected through the election. Nine others have already been elected. These directors will choose a president for the next two years.

Eighteen people submitted nominations from the Swadhinata Parishad while 26 candidates are contesting from the Sammilita Parishad and Forum.