Voters’ apathy to put democracy in danger: B Chowdhury 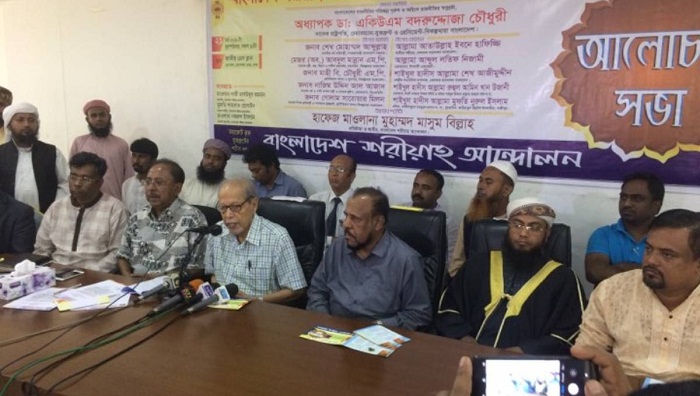 Voicing frustration over the poor presence of voters in many places during the upazila polls, Juktafront Chairman Dr AQM Badruddoza Chowdhury on Thursday warned that the voters’ apathy may put democracy in a grave danger.

“The government must think why the upazila elections are not participatory ones. The presence of voters is also very thin in many places. The government will have to find out the reasons behind it,” he said.

Speaking at a discussion, B Chowdhury further said, “I fear if the voters get reluctant about election, democracy will fall in serious danger. Nothing can be more alarming than voters’ apathy.”

Bangladesh Sharia Andolan, one of the components of Juktafront, organised the programme at the Jatiya Press Club, marking the Independence Day and the organisation’s second founding anniversary.

He said it is the government’s responsibility to create an atmosphere where opposition can do politics and participate in the election.

Describing the upazila elections as lopsided ones, the Juktafront chief said the credibility of the election can be put under question when it remains limited to a party. “If we believe in the existence of Bangabandhu, and his politics and dreams, we must free democracy for all.”

About the recent killing of a private university student in a road accident in the capital, B Chowdhury said road accidents are growing due to carelessness among drives and lack of enforcement of laws. “There’re many laws in the country to ensure road safety, but those are not being enforced. It’s a matter of shame.”

He urged the government to take effective steps to make the roads safe for commuters.