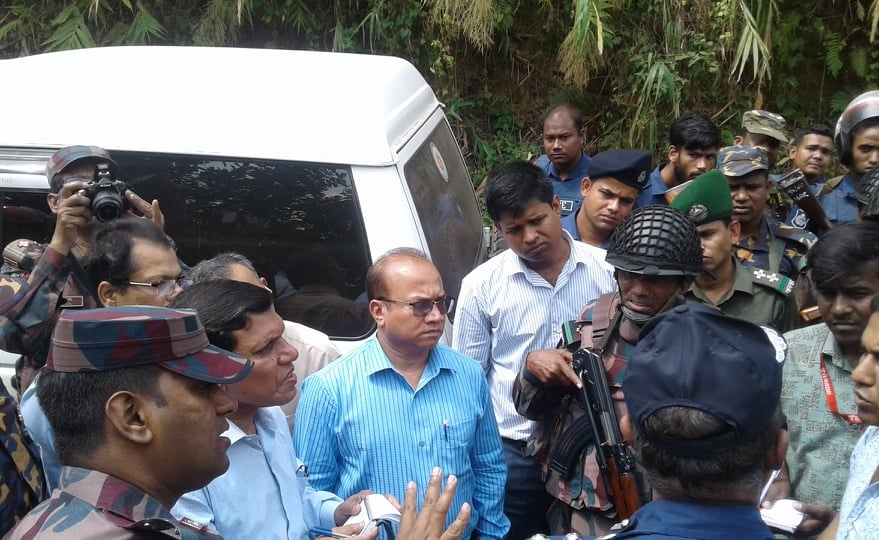 A seven-member probe body formed to investigate the killing of seven people in a gun attack in Baghaichhari upazila, visited the spot on Thursday morning.

The committee, led by Local Government Division Director Dipak Chakraborty, went to the spot around 11am.

They talked to the members of Ansar and Border Guard Bangladesh (BGB).

Later, they went to Baghaichhari Health Complex and talked to the injured people and physicians.

The committee members also talked to officials of the district administration, members of law enforcement agencies and election officials.

Dipak Chakrabarty said they will submit report within 10 working days.

On Monday, seven people, including an election official, were killed and 24 others injured in the gun attack on the motorcade of the election officials and law enforcers when they were returning from three centres in Sajek after voting in the 2nd phase upazila election.

Terrorists opened fire on the last vehicle of the convoy from a hill, leaving six people dead on the spot. Later, another injured succumbed to his injuries.