Why your eyelid is drooping? 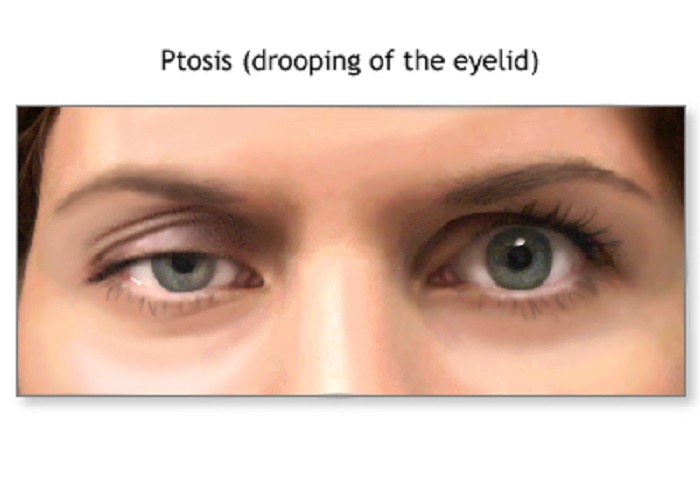 A number of things can cause your eyelids to droop, a condition known as ptosis. Most are nothing to worry about, while others are treatable. Even babies who are born with the condition can undergo simple surgery and look forward to a life with normal vision.

Still, problems with your eyelids are nothing to ignore. Both your upper and lower eyelids are critical in protecting your eyes from injury. They also help control how much light reaches your peepers and make sure the tear film is spread across your eyes, preventing them from drying out.

Here are a few of the more common causes of ptosis, plus possible ways to fix the droopiness.

“A child is not going to develop [normal] vision if the eyelid is in the way,” says Philip Rizzuto, MD, an oculoplastic surgeon and spokesperson for the American Academy of Ophthalmology. “When the child sees color and light, it stimulates all the nerves. The retina and brain develop pathways that will set up lifelong vision.”

Nerve damage from an eyelid injury or from conditions that affect the brain and the nervous system can also cause your eyelids to droop.

Horner syndrome is one such condition. It’s a rare syndrome that happens when something (a stroke or a tumor, for example) damages the nerve that controls one of the muscles connected to eyelid movement. Generally, Horner syndrome also causes your pupils to get very small and the involved part of your face to stop sweating. Ptosis associated with Horner syndrome usually goes away when the underlying problem is treated.

Nerve damage from long-term uncontrolled diabetes and high blood pressure can also lead to ptosis, which is why it’s so important to get diagnosed and treated for each condition.

Eyelid movement is controlled primarily by three muscles, the most important of which is the levator muscle. Anything that affects these muscles can also affect how your eyelid works.

We hate to say it, but drooping eyelids are yet another inevitable consequence of aging. It’s called aponeurotic or senile ptosis.

“Gravity and time just move everything downward, and sometimes it gets to the point the eyelid itself is drooping,” says Dr. Rizzuto. “Sometimes excess skin on the eyelid can hang over the eyelid and block vision.”

In most cases, the problem is cosmetic, and elective surgery can restore at least some of your eyelids’ youthful vigor if you choose. At times, the drooping lid can affect your sight, in which case you may need surgery to maintain vision.

Doctors have become so practiced at performing different types of eye surgery that complications don’t happen often. But they can happen. And if the complication is a droopy eyelid, it’s called post-surgical ptosis.

“The levator muscle of the eye can separate over time after cataract surgery,” says Jessica Zwerling, MD, director of Montefiore Einstein’s Center for the Aging Brain and associate professor of neurology at Albert Einstein College of Medicine in New York City.

Ptosis has been reported after cataract, corneal, refractive (like Lasik), and glaucoma surgery. Experts aren't sure exactly why this is, though the types of instruments and anesthesia used by the surgeons may play a role.

This rare autoimmune disease affects the way your muscles and nerves communicate, leading to muscle weakness. In myasthenia gravis, antibodies (proteins) that normally fight legitimate invaders like viruses misfire and prevent muscle cells from receiving messages sent by the nerve cells. Drooping eyelids are often an early symptom of the condition.

“The ptosis [can] fluctuate throughout the day,” says Dr. Zwerling. “You may have associated double vision. It can affect the muscles as well.”

The disease can affect other areas of your body, too. There’s no cure, but lifestyle changes and medications can keep associated muscle weakness under control.

Although tumors inside your eye aren’t going to affect the eyelid, cancer around or outside the eye can affect the muscles that raise and lower your eyelids. This includes tumors anywhere along the nerves or along the arteries that supply the eye, or in the muscles controlling your eye. Ptosis can also–rarely–be a symptom of metastatic cancer, like breast cancerthis link opens in a new tab or lung cancerthis link opens in a new tab.

Contact an ophthalmologist whenever you notice something wrong with your eyelids, especially if it develops quickly over a few days or hours and is accompanied by other symptoms like weakness in your arms, legs, or face; a serious headache; or double vision.

How to fix droopy eyelids

If you have ptosis caused by an underlying condition (such as myasthenia gravis), that condition should be treated. Usually, this will improve or at least stabilize the drooping. Otherwise, a droopy eyelid is typically treated surgically. The surgeon will adjust, strengthen, or even reattach the muscle that controls the eyelid's movement. The procedure is done with local anesthetic, and you can go home the same day.