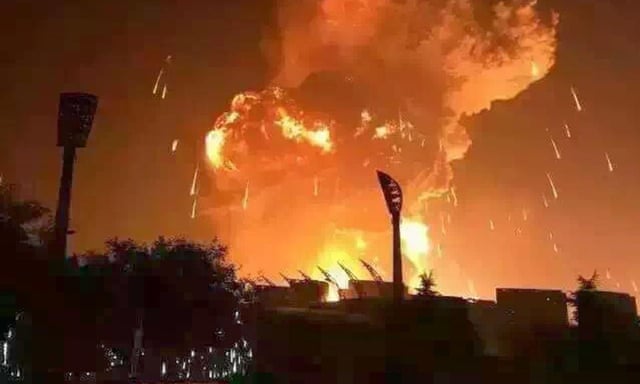 A chemical plant in eastern China was rocked by an explosion on Thursday, local officials said, as authorities checked for any casualties.

Video footage showed an enormous explosion, with flames engulfing the top of the chemical plant.

Other shots showed thick grey smoke billowing skyward from the site of the blast.

AFP could not verify the content of the video.

Industrial accidents are common in China, where safety regulations are often poorly enforced.

In November, a truck carrying combustible chemicals exploded at the entrance of a chemical factory in a northern Chinese city that will host the 2022 Winter Olympics, killing 23 people and injuring 22 others.

Last July, a blast at a chemical plant in southwest Sichuan province left 19 dead and 12 injured. The company had undertaken illegal construction that had not passed safety checks, according to local authorities.

In 2015, giant chemical blasts in a container storage facility killed at least 165 people in the northern port city of Tianjin.

The explosions caused more than $1 billion in damage and sparked widespread anger at a perceived lack of transparency over the accident's causes and its environmental impact.