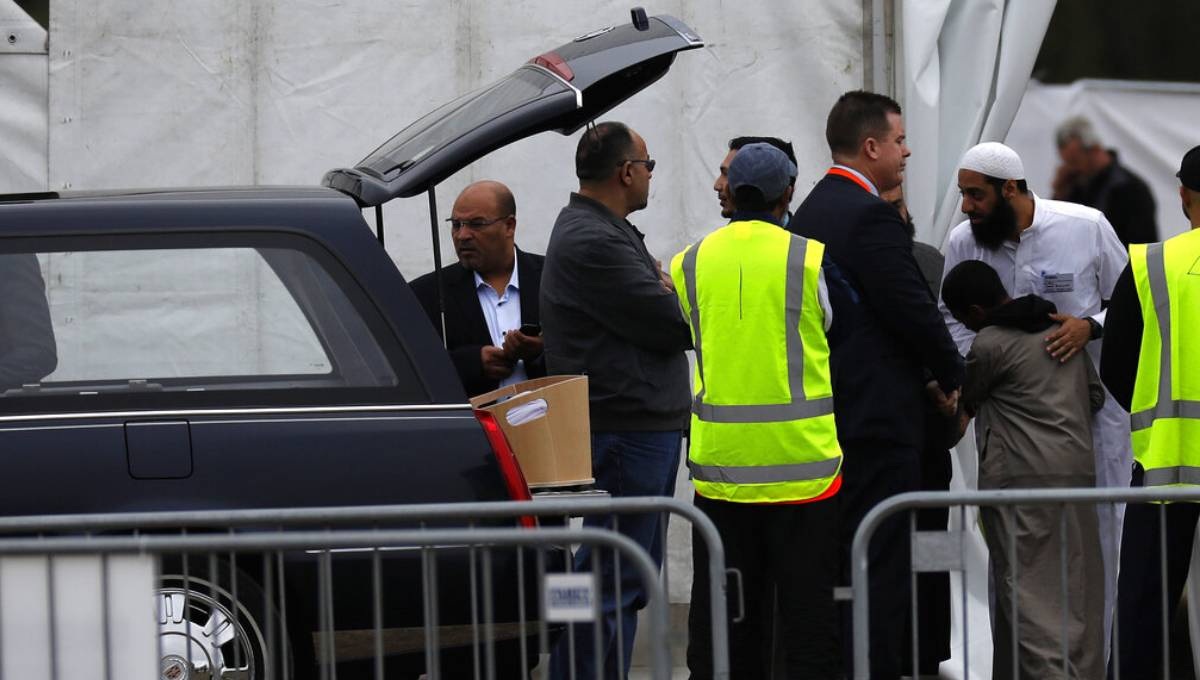 New Zealand will ban all types of semi-automatic weapons used in the Christchurch attacks, Prime Minister Jacinda Ardern has said.

The country's gun laws have been in the spotlight since 50 people were killed at two mosques last Friday.

Ms Ardern said she expected new legislation to be in place by 11 April.

All of the dead have now been formally identified, Commissioner Mike Bush confirmed. One man has been charged with one murder.

He had obtained a firearm licence in New Zealand in 2017.

How will the law be changed?

Ms Ardern said legislation to bring in the ban would be introduced when the parliament sits in the first week of April.

She said there would be a "short, sharp select committee process" for feedback on technical aspects of the law, and that changes to the Arms Act should be passed within the next session.

Once the amnesty period ends, anyone in possession of a banned weapon would face a fine of up to NZ$4,000 and three years in jail.

Currently, the minimum legal age to own a gun in New Zealand is 16, or 18 for military-style semi-automatic weapons.

All gun owners must have a licence, but most individual weapons don't have to be registered. New Zealand is one of the few countries where this is the case.

In order to own a gun legally, applicants for a firearm licence must pass a background check of criminal and medical records. Factors like mental health, addiction and domestic violence should be considered.

Once a licence has been issued, gun-owners can buy as many weapons as they want.

A special application must be made to police to own military-style semi-automatic weapons, pistols, or other restricted firearms.

Most guns don't have to be registered, however - and because of this, police say they can't be sure how many legally-owned firearms there are in the country.

As of June 2018, there were 246,952 active firearms licences including dealers and individual owners.