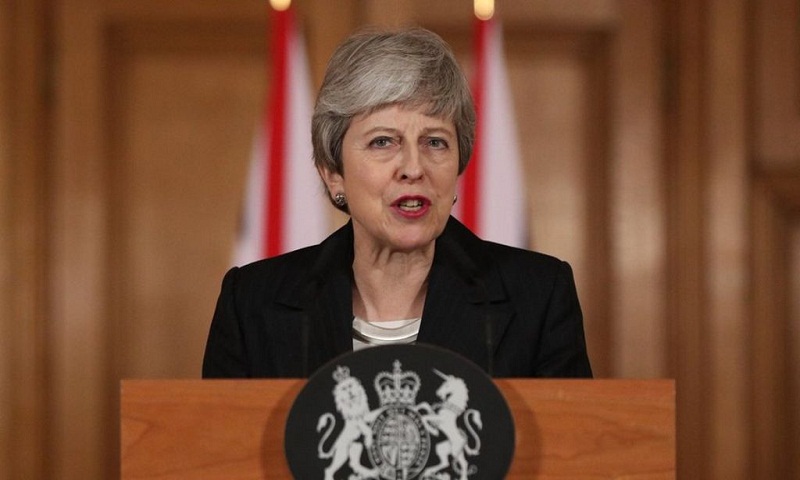 Theresa May has told the public she is "on their side", laying the blame for the delay to Brexit squarely with MPs.

Speaking from Downing Street, the prime minister said people were "tired of infighting and political games" and it was "high time" politicians made a decision on the next steps.

Jeremy Corbyn said she was "in complete denial about the scale of the crisis".

Mrs May was forced to ask for a postponement after MPs twice rejected the withdrawal deal she has negotiated and also voted to reject a no-deal departure.

She said the delay was a "matter of great personal regret", but insisted she would not be willing to extend Brexit any further than 30 June - despite appeals from some MPs for a longer extension to give time for a change in direction.

The UK is set to leave the EU next Friday, on 29 March, unless the law is changed.

All other 27 EU members would have to agree any extension beyond that date.

Mr Tusk said he believed the EU would agree to a short extension, but only if Mrs May's deal is signed off by MPs next week at a third time of asking.

The prime minister met opposition parties to discuss her proposal for a delay on Wednesday evening ahead of her statement, but sources told the BBC that Mr Corbyn walked out and other leaders remained unimpressed with what they heard.

The Labour leader will also travel to Brussels on Thursday to meet the EU's chief negotiator Michel Barnier. He is expected to hold talks with several EU 27 leaders too.

Earlier on Wednesday, Mrs May met a group of about 20 MPs from her own party who voted against her deal in the first meaningful vote, but backed her in the second.