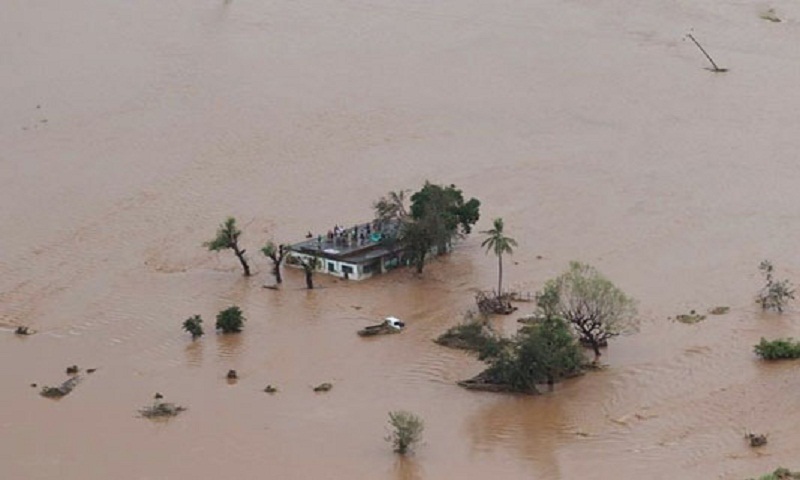 The death toll from a cyclone that smashed into Mozambique and Zimbabwe rose to more than 300 on Tuesday as rescuers raced against the clock to help survivors and the UN led the charge to provide aid.

The UN, meanwhile, said that one of the worst storms to hit southern Africa in decades had also unleashed a humanitarian crisis in Malawi, affecting nearly a million people and forcing more than 80,000 from their homes.

Four days after Tropical Cyclone Idai made landfall, emergency teams in central Mozambique fanned out in boats and helicopters, seeking to pluck survivors from roofs and treetops in an inland sea of floodwater, sometimes in the dead of night.

Air force personnel from Mozambique and South Africa were drafted in to fly rescue missions, while an NGO called Rescue South Africa said it had picked up 34 people since Friday night, using three helicopters.

“It is the only way to access the people that are stranded,” Rescue SA’s Abrie Senekal told AFP, saying the NGO was trying to hire more helicopters.

The city of Beira, Mozambique’s second largest city and a major port, was immediately cut off after the storm. According to the Red Cross, the cyclone damaged or destroyed 90 percent of the city of half a million people.

Families started burying their dead in damp graves on Monday, as injured survivors filled up the hospitals, an AFP correspondent said.

Military helicopters were airlifting people to Mutare, the largest city near Chimanimani.

The storm swept away homes and bridges, devastating huge areas in what Defence Minister Perrance Shiri said “resembles the aftermath of a full-scale war”.

Some roads were swallowed by massive sinkholes, while bridges were ripped to pieces by flash floods.