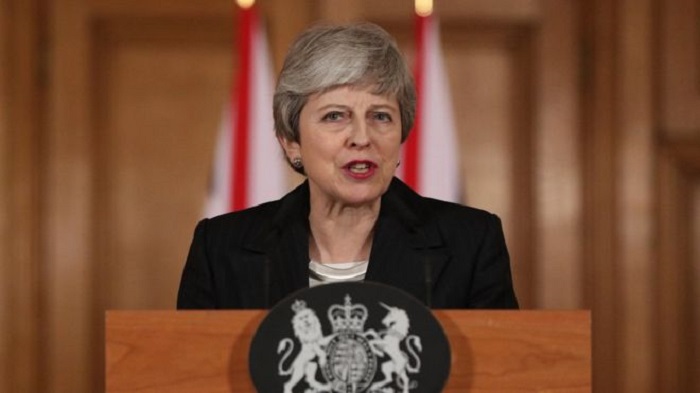 Theresa May has appealed to the public over Brexit, telling them she understood they had had enough, and adding: "I am on your side."

Speaking from Downing Street, the prime minister criticised the actions of MPs, saying it is "high time" politicians made a decision on the next steps.

"I passionately hope MPs will find a way to back the deal I have negotiated with the EU," she said in a statement, referring to an agreement British lawmakers have already rejected twice but which May plans to put to another vote.

She said the delay was a "matter of great personal regret".