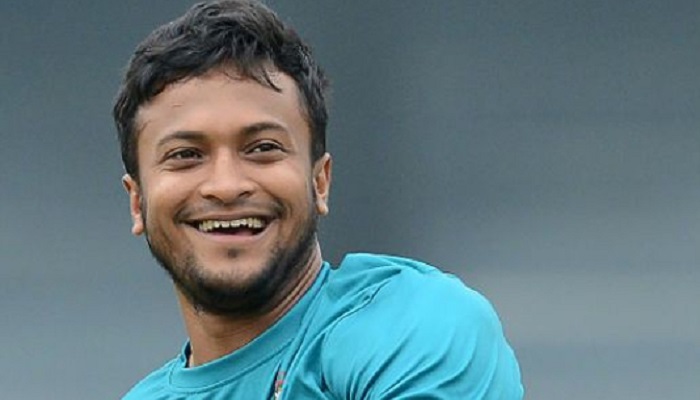 Shakib had been suffering from a finger injury that he sustained during the final of the last season of Bangladesh Premier League (BPL) on February 8. He played the last BPL for Dhaka Dynamites who fought against Comilla Victorians in the final.

"The physicians had said that Shakib would not be available till March 20. He is now fit to play. He has already started training for the last seven days. I think he will participate in the new season of Indian Premier League (IPL) from the beginning," Akram told the reporters on Wednesday.

Shakib already got the No Objection Certificate (NOC) to participate in the IPL. He played the last season of the most popular T20 league in the world for Sunrisers Hyderabad, and he is set to continue for them this year too.

BCB is concerned about the fitness of Shakib in spite of allowing him to take part in IPL. Akram said: "Shakib is very important for Bangladesh national team set-up. We hope he won't sustain any further injury during his stint for his IPL team."

Akram also said BCB has no plan bring Shakib back midway of IPL. He told the reporters: "We did not think anything like it. We will discuss him before his departure. I think he understands better than anyone about himself. I hope he will not take risks as the World Cup is not too far."

The IPL will begin on March 23 with the battle of Chennai Kings and Royal Challengers Bengaluru. On the other hand, Hyderabad will play their first match on against Kolkata Knight Riders on March 24.