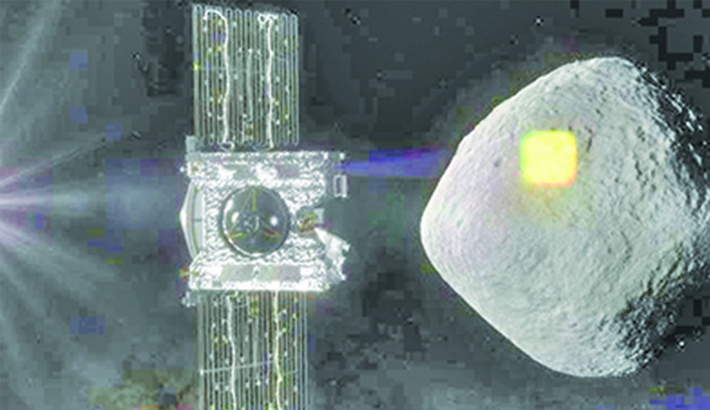 WASHINGTON: After two years crossing the solar system, the NASA space probe Osiris-Rex arrived last December near the asteroid Bennu to complete its mission of collecting a sample—but touching the rock will prove much harder than scientists had expected, reports AFP.

The Osiris-Rex team said Tuesday that the surface of the asteroid, which measures 490 meters (1,600 feet) in diameter, was covered in stones and boulders. They had expected it to be smoother and easier for the probe to touch.

“We go back to the drawing board and start thinking again,” Dante Lauretta, the head of the mission, told a press conference. The team’s observations also appeared in the Nature journal on Tuesday.

The probe was designed to head for a flat area with a radius of 25 meters, but the images beamed back since December showed that there is no area that big which is free of boulders.

As a result, the team will have to aim more tightly.