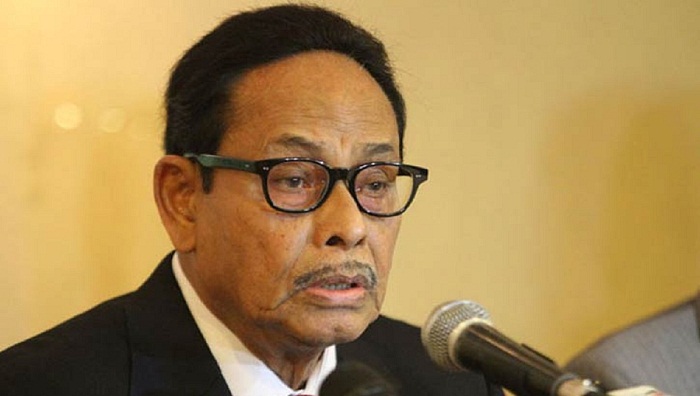 Leader of the Opposition in Parliament and Jatiya Party Chairman HM Ershad on Wednesday claimed that he is the most oppressed political leader in the county.

“No one is as oppressed and persecuted as I’m. I’d been in jail for a long time with no one beside me,” he said.

Ershad, also a former military ruler, came up with the remarks after cutting a cake at a Gulshan community centre marking his 90th birthday, reports UNB.

He said their party leaders and activists could not be suppressed despite immense torture on them. “We moved forward depending on the mental strength.  We’re not diminished despite many plots against us.”

The Opposition Leader said it will not be possible to eliminate Jatiya Party as it survived facing serious adversities and oppression.

He called upon his party leaders and activists to make Jatiya Party stronger with their hard work so that the party can return to power in the days to come.

Party senior co-chairman Raushon Ershad urged all to pry for Ershad’s quick recovery. “Pray for him so that he can work for people’s welfare.”

She claimed that Ershad set a record by carrying out huge development activities in the country during his nine-year rule. “No one still could break his record of development.”

Several hundred Jatiya Party leaders and activists thronged the community centre since morning to celebrate their party chairman’s birthday in a befitting manner.

They also wished Ershad and presented him bouquets on the occasion.

Ershad began celebrating his birthday by cutting a 90-pound cake around 12:10 pm.