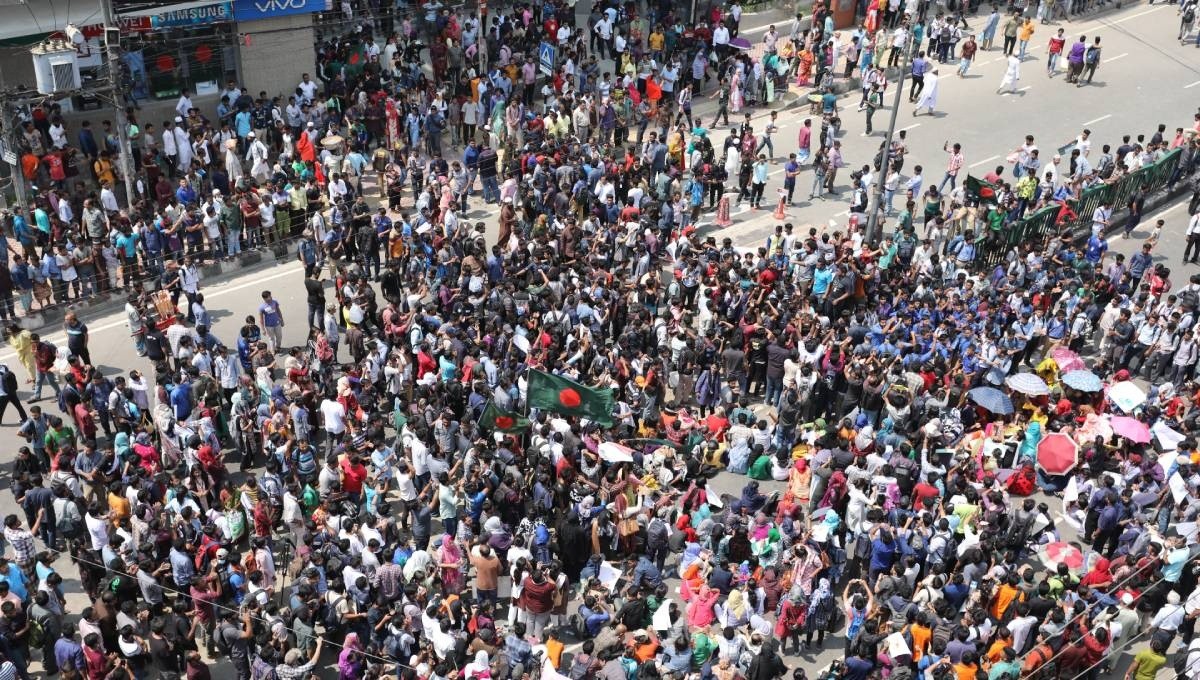 Students demanding safer roads have given the government 48 hours to concede their demands.

Abrar Ahmed Chowdhury, a Bangladesh University of Professional student, died in front of Bashundhara residential area on Tuesday morning after being run over by a bus. Private university students have since been demonstrating at Pragati Sarani.

“The demands of the students are logical,” Mayor Atiqul said on Wednesday. “They will be fulfilled.”

He also laid a foundation stone of a foot overbridge in the area where Abrar was killed.  “The construction work will be completed within the next two months,” he said.

Protests triggered by Abrar’s death continued for the second consecutive day. Their demands include maximum punishment for the bus driver.

Witnesses said hundreds of students from BUP, North South University and Siddheshwari College occupied the street just after 9am, halting traffic on the busy road.